Hina Khan is a prolific actor among the Hindi TV industry best known for her popular roles. See what she revealed about her most expensive gift for someone. 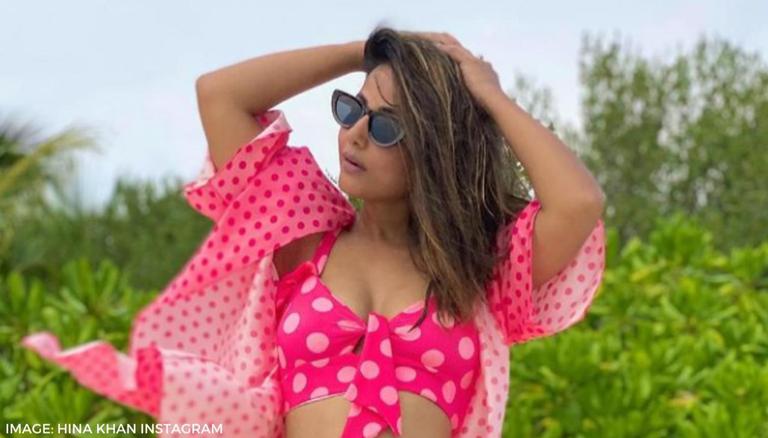 
Hina Khan is one of the well-known actors who has essayed some of the most iconic roles in her television career so far. In a throwback interview, she had once talked about the most expensive gift that she had given to someone. She had even spoken about the other most expensive things she owned and revealed which one of them she regretted not buying.

When Hina Khan revealed the most expensive thing she gifted someone

According to reports by Koimoi, Hina Khan went candid over her personal life details and talked about the most expensive things she owned or gifted someone. She stated that she gifted a lot of expensive jewellery to her mother as she loved them. When asked about whether she regretted not buying any expensive accessories, she stated that she had once visited Cape Town and seen some beautiful rings in a mall. She said she regretted not buying them.

When asked about the most expensive outfit she'd ever worn, she had gone blank and mentioned that she did not know the cost of her outfits but she knew that she did own some that cost a lot. She had shared that her stylists were the ones who knew the costs.

She was also asked about her most expensive vacation, to which she had responded how she was not into luxury hotels and that she did not like spending recklessly. She had then stated that the main purpose of a vacation for many was to go out and have fun, and only sleep in their hotel rooms. Thus, she felt it was not worth spending so much on hotels. She was also asked about the most expensive dish she had ever eaten to which she had mentioned that she had never looked at the prices while eating food. Hina Khan had also revealed details about her most expensive bags, gadgets and perfumes and had mentioned how she was not a fan of gadgets.

READ | When Hina Khan revealed the one thing she regrets not buying!

Yeh Rishta Kya Kehlata Hai is among the most iconic Hina Khan’s TV shows, after which she became a popular face of the Hindi television industry. It is a lesser-known fact that she even appeared as a contestant on the singing reality show, Indian Idol before she made her TV debut. Some of her other shows include Khatron Ke Khiladi 8, Naagin 5, Kasautii Zindagii Kay, etc.

READ | Hina Khan consoles mom after she breaks down: 'I will look after you, wipe your tears'