In one of her interviews from the past, Kundali Bhagya star Shraddha Arya revealed what was the one thing she would like to do to make the world a better place. 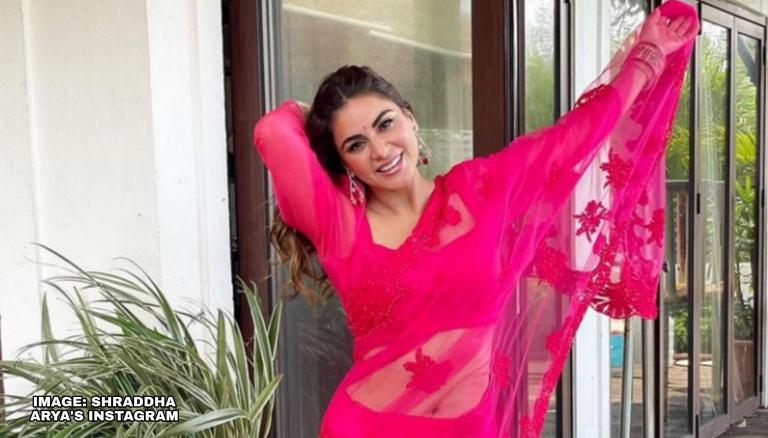 
Shraddha Arya, who is best known for her role of Preeta in Kundali Bhagya, is one of the most sought-after actors on television. In one of her interviews from the past, the 33-year-old actor answered questions like what is the one thing that pisses her off, one thing she has learned as an actor, her "pinch-me" moments, and many more. Know what did the Dream Girl actor answer to what would she do to make the world a better place.

In an interactive session with India Forums, Shraddha Arya was asked what was the one thing she wished to do to make the world, a better place. She started her answer by saying to educate and get educated. The Banjara actor said that 'education was not just from going to a school but it was learning from the experiences everyday and from the surroundings as well as from people who were more experienced.' She concluded by saying she wanted to change the world by getting educated as well as help other people to get educated.

When asked about what was the one thing she had learned as an actor, Shraddha responded that one may not be a star every day and each day cannot be her day. Shraddha was asked what was the one thing that really pissed her off, to which she quickly replied “disrespect”. When she was asked about her "pinch-me" moment, the actor said it had to be certain places that she has visited since she's an avid traveler. Shraddha continued that whenever she saw places with greenery, fresh air, and cleanliness that would be the ‘pinch me’ moment for her.

A look at Shraddha Arya’s TV shows and movies

While Shraddha Arya is a popular television actor at present, she began her acting career by appearing in a handful of films. She made her acting debut in 2006 with the Tamil movie Kalvanin Kadhil opposite S.J. Surya. After that, she appeared in Bollywood films like Nishabd starring Amitabh Bachchan and Paathshalla starring Shahid Kapoor. In 2011, Shraddha made her television debut with Life OK’s soap opera Main Lakshmi Tere Aangan Ki. She rose to fame for her role of antagonist Ayesha in Dream Girl- Ek Ladki Deewani in 2015. Post that, Shraddha is seen as the lead Dr. Preeta Karan Luthra since 2017 in Kundali Bhagya, for which she has won several accolades including two Gold Awards for Best Actor Female (Popular) in 2018 and 2019 and four Zee Rishtey Awards in 2020 respectively.