When Surbhi Chandna Opened Up About Failure Of 'Sanjivani 2': 'You Need To See Everything'

Surbhi Chandna was once asked about how the expectations from 'Sanjivani 2' were very high compared to success of 'Ishqabaaz'. Here's what she had said. 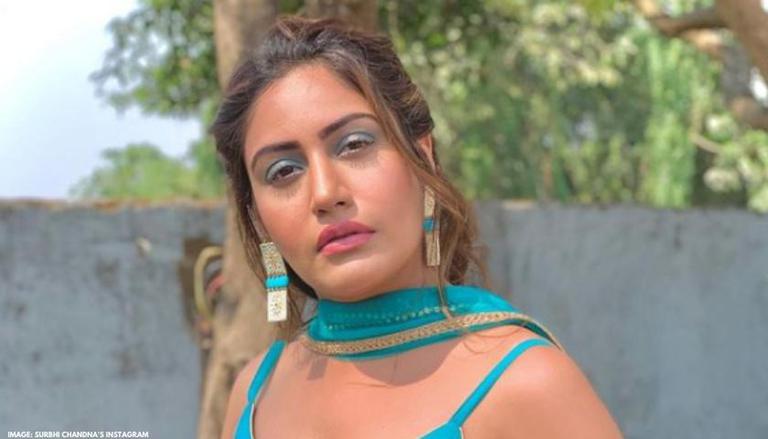 
Back in 2020, after Surbhi Chandna's show Sanjivani 2 had ended, she had opened up about how the audience reacted to the daily soap as the expectation bar was set high after her hit drama, Ishaqbaaz. The actor shared her views about how the two series were completely different and that she was open to a new experience altogether. Here's what Surbhi had said.

Surbhi on the failure of Sanjivani 2

In an interview in August with Siddharth Kannan, Surbhi had remarked that it was important to see everything in life, be it success or failure. Chandna had continued that Sanjivani 2 wasn't a big fail. She had said that there were a lot of risks when the makers were bringing in the second season of a show as they were continuing with a big brand. However, actors did not fear and they still stepped into it, she had said, while adding that the actors knew they will learn something out of it.

Keeping aside everything, the actor had felt that a lot of people yet connected with the show and her character, Dr Ishani. Speaking about the role, she had continued that she had a lot of liberty with regards to the choices she made in her clothing and how she wanted to look on-screen. She had gone to call her performance 'realistic' and had mentioned that she did not shy away from the risk as she wanted to be 'versatile' as an actor.

Surbhi's role as Anika in Ishaqbaaz had created a fan frenzy. Right from making several fan clubs to sending in gifts, viewers had done it all. Not only this, Surbhi and Nakuul Mehta had also won the Best Onscreen Jodi at Gold Awards for their crackling chemistry. They had recreated one of their "Shivika" scenes on stage and the video had gone immensely viral.

Meanwhile, on the work front, after Naagin 5, she was roped in for a music album titled Bepanah Pyaar, presented by VYRL Originals, sung by Payal Dev and Yasser Desai. She reunited her Naagin co-star Sharad Malhotra in this track and their chemistry together won many hearts. Surbhi had hinted at a new song in the pipeline but she has not yet revealed details about it.

READ | When Surbhi Chandna talked about 'not having a personal life': 'Want to focus on work'