When Surbhi Chandna Recalled Her Favourite Song And Hummed It For Fans; Know What It Is

Surbhi Chandna is quite well known for her candid interviews. Read on further to find out more about the actress' life and what her favourite song is - 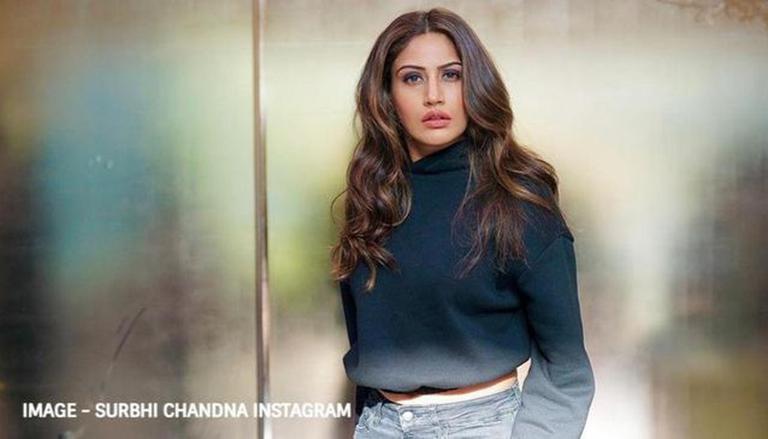 
Indian television actress, Surbhi Chandna, is best known for her portrayal of Annika Oberoi in StarPlus' Ishqbaaaz. Surbhi Chandna's TV shows include her roles as Dr Ishani in Sanjivani and Bani Singhania in Colors TV's Naagin 5, as well. Over the course of her career, Surbhi has often appeared in interviews and fun interactions answering fan favourite questions.

Back in 2017, Surbhi appeared in a short interview segment for GlitzVision on Youtube, for their "20 questions with.. " section. The actress appeared for the interview while promoting her tv show, Ishqbaaaz at the time. During the interaction, Surbhi was asked a number of questions about herself like her favourite food, favourite song and more. Read on further to find out what the actress' favourite song is -

READ | When Surbhi Chandna revealed she would have dated Utkarsh Gupta if not for THIS reason!

The actress was also asked other questions about her life including which book she was reading at the time. Surbhi told fans that she was reading author and former actress, Twinkle Khanna's book titled Mrs Funnybones. When talking about what her favourite app was, Surbhi revealed how she liked Twitter and was growing even more fond of it, at the time.

During the interaction, Surbhi was also asked what love meant to her. The actress responded to the question in her usual candid manner and gave a clear answer talking about how it required having the "same frequency" and "the wavelength". She also went to add how it also meant having the "same likes and dislikes".

READ | When Surbhi Chandna talked about 'not having a personal life': 'Want to focus on work'

Surbhi was also asked if she had any hidden talents, and the actress went on to reveal how she was an MBA graduate in marketing. She also explained how because of that, she believed she could be a great leader. She also went on to add how she believed that she could've run her own company, if she wasn't already doing what she loved.  Check out some more of Surbhi's Q&A from 2017 below -