When Surbhi Chandna Talked About 'not Having A Personal Life': 'Want To Focus On Work'

Surbhi Chandna had mentioned in an old interview that she preferred to keep her personal life out of the limelight. Read to know what she had said. 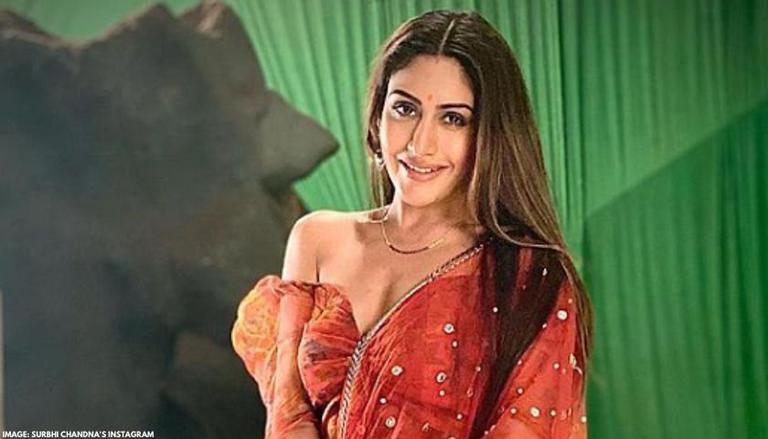 
Surbhi Chandna has come a long way ever since she debuted in the Telly world in 2009 with a small role in Taarak Mehta Ka Ooltah Chashmah. As of today, she's been a part of several shows; however, it's the deets about her personal life that leave some of her fans curious. Surbhi has never opened up about any personal relationships, and back in 2020, in an interview, Chandna's mother was asked about her daughter's whereabouts and how sometimes some people start interpreting things without knowing things in depth. Here's what the actor had said in return.

When Surbhi had said she did not have a personal life

While interacting with Pinkvilla, Surbhi's mother had said that such things did not affect them and that her daughter told her everything. The Ishaqbaaz actor was quick to interrupt and she had said that she did not have a personal life and had added that "it was not out there". She had remarked that she didn't want to talk as there was nothing to talk about it. Surbhi had also continued that she would talk about it when she decided to get married and that her focus was only on her work.

Surbhi Chandna was a part of the show Aahat in 2015 but garnered massive stardom after she played the role of Anika in Ishaqbaaz. And then, she was roped in for Dil Boley Oberoi, Sanjivani, and Naagin 5. She starred alongside her Naagin 5 co-star Sharad Malhotra in a new music album as well.

While fans are waiting to know about her upcoming projects, she had given a slight hint recently after she had asked them to share their songs and playlists with her. She had penned the hashtag "Dropping soon" which had hinted at a new music album in the pipeline. However, she has yet not revealed anything about it.

Surbhi's music album titled Bepanah Pyaar, presented by VYRL Originals is sung by Payal Dev and Yasser Desai. Her chemistry with Sharad Malhotra received much love from her fans. Penned by veteran lyricist Shabbir Ahmed and Payal Dev, the track has surpassed 50M views on YouTube.