Why Is Kim Cattrall Aka Samantha Jones Not Part Of The ‘Sex And The City’ Reboot? 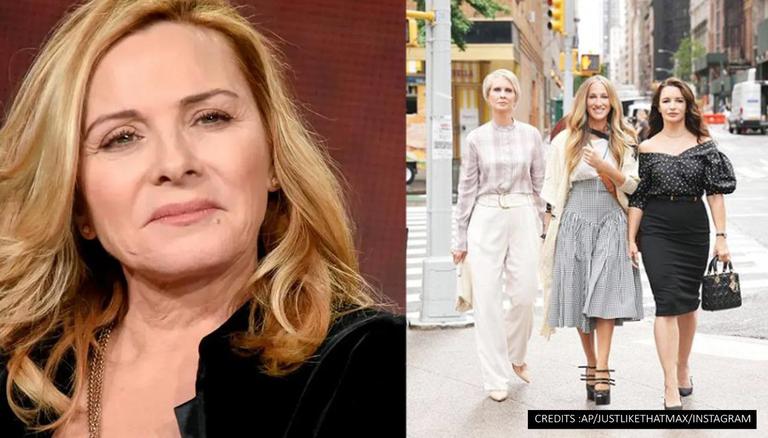 
The popular series 'Sex and The City' is soon going to release its reboot series that will focus on the main characters navigating through love and life in their 50's. While most leading cast members like Sarah Jessica Parker, Cynthia Nixon and Kristin Davis will reprise their roles, Kim Cattrall has decided not to return to the reboot series. Rumours about Carrtall and Parker's feud has been floating around for years now. Cattrall has time and again said that she and SJP are not on good terms.

Why is Samantha not there in the 'Sex and The City' reboot?

Earlier, in 2020 Sarah Jessica Parker announced that the girls will be reuninting for a 10-episode reboot series of 'Sex and The City'. Fans were surprised when Cattrall informed that she had put her foot down and would not be returning to the franchise. In an interview with Daily Mail in 2019, Kim addressed the rumours about her diva behaviour and extreme demands on the sets of SATC, to which the actress said that her only demand was to not make a third SATC movie. As per US magazine, a third SATC movie was in talks after the success of the first two movies but it never went through as Cattrall decided she did not want to be part of it, and the movie was ultimately scrapped.

SJP and Kim Cattrall's feud further escalated when Kim called out SJP through her Instagram post after Parker tried to reach out to Kim post her brother's death. Kim in the post wrote "My Mom asked me today “When will that @sarahjessicaparker, that hypocrite, leave you alone?” Your continuous reaching out is a painful reminder of how cruel you really were then and now. Let me make this VERY clear. (If I haven’t already) You are not my family. You are not my friend. So I’m writing to tell you one last time to stop exploiting our tragedy in order to restore your ‘nice girl persona."

The official Instagram reboot series titled And Just Like That shared the first stills from the series, with Sarah Jessica Parker, Cynthia Nixon and Kristin Davis as Carrie Bradshaw,  Miranda Hobbs and Charlotte York respectively.

WE RECOMMEND
Heather Kristin shares experience of working as a stand-in for the show 'Sex and the City'
Sarah Jessica Parker gives a peak of Carrie Bradshaw's apartment from 'Sex and the City'
Kim Cattrall is not travelling to space despite her Twitter exchange with NASA goes viral
Sarah Jessica Parker celebrates Pride Day 2021, shares photos of NYC covered in rainbow
'Younger' actor Nico Tortorella believes Josh never had his ‘Mr Big Moment’