While Rudra and Preesha go to bring Saransh, Mishka plans to take away Saransh. Here is the written update for Yeh Hai Chahatein June 2 2021 full episode. 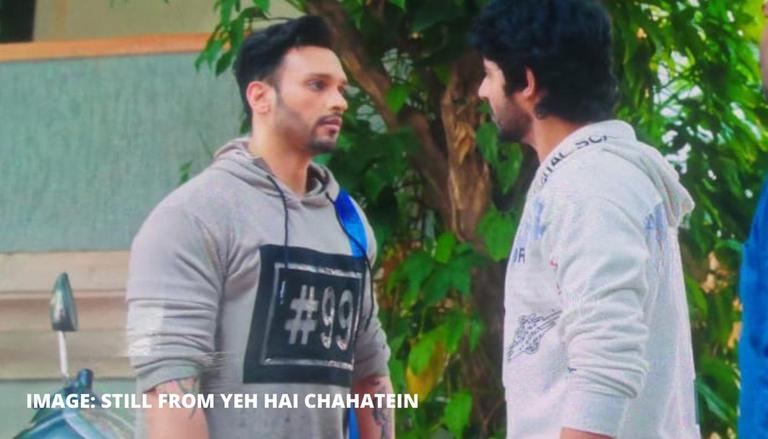 Ahana asks Mishka to run away

Preesha reads Sonia's letter for Rudra. She reads how Sulochana and Kabir planned Rudra's kidnapping. She also reads how Yuvraj asked her to call Rudra in the forest and took their photos. Sonia apologises to Rudra through the letter. On the other hand, Sulochana complains as Kabir took them to a warehouse. She suggests they should go to Rudra and apologise to him. She further suggests they should ask for some money to get out of Rudra's life. Mishka yells at Kabir and Sulochana. She then calls Ahana. Ahana says Rudra called her and told her how Mishka and her allies kidnapped Saransh. Ahana suggests Mishka get away with Saransh. Ahana also tells Mishka they do not want to share their property with Sulochana and Kabir.

Kabir then calls Rudra and asks for Rs 10 crores in return for Saransh. When Rudra disagrees with Kabir, Kabir says he would kill Saransh. Rudra agrees to the deal. He starts arranging the money Kabir had asked to bring Saransh back. Preesha tells Vasudha about Kabir's demand. She also tells her how Sulochana was the mastermind behind everything. Vasudha then tells Preesha that Sharda had to go to her brother as his health condition was deteriorating.

Mishka plans to run away with Saransh leaving behind Kabir and Sulochana. She seeks help from Ahana. Rudra arranges Rs 10 crores and waits for Kabir's call. He gets ready to leave with Preesha when Preesha suggests calling the police. Rudra says he cannot risk Saransh's life. Preesha asks Vasudha to call the police and leaves with Rudra. Kabir and Sulochana leave to take the money from Rudra when Mishka suggests she should come in the next car with Saransh. Rudra and Preesha ask for Saransh when Kabir asks for money. Preesha says she will not give them the money until she sees Saransh. Watch Yeh Hai Chahatein latest episode on Disney+ Hotstar.