In Yeh Rishta Kya Kehlata Hai 12 May 2021 Written Update, Sirat promises to stay back until Kairav asks her to leave. Manish yells at Kartik. 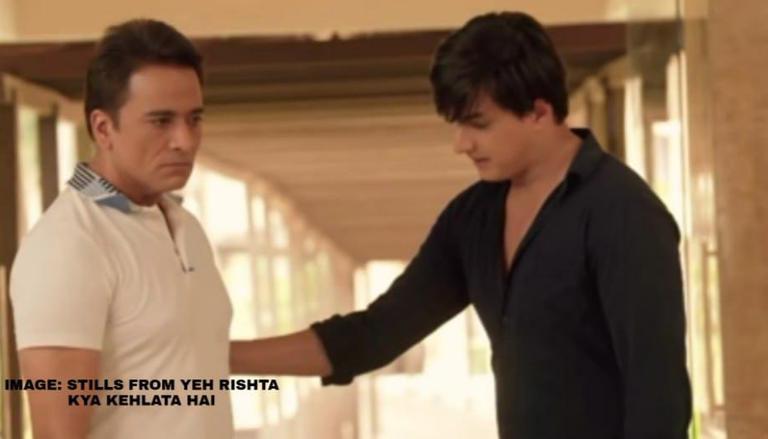 
Yeh Rishta Kya Kehlata Hai 12 May 2021 episode starts with Ranveer praising Kartik's goodness. Ranveer asks Sirat about the ring. She says that it is a friendship band and adds that she is lucky that she got her love and a friend like Kartik. Ranveer asks her if she is ready to give him a second chance. She replies in the affirmative and confesses that she still loves him. Mauri asks Sirat to reconsider her decision. Sirat tells her that she cannot forget her love and she is not in the right state of mind to rethink anything.

Suwarna meets Kartik and he asks her if she had a conversation with him. She tells him that nothing is fine and reveals that Kairav is deeply thinking about Sirat. Suwarna asks Kartik to get Kairav's tests done before it gets late. Kartik gets worried for Kairav. Ranveer comes and promises them that until Kairav is well, Sirat will stay with them. The trio is happy to hear that and Kartik meets Kairav. Ranveer asks Sirat to only think about him before leaving her with the Goenka family.

Manish gets angry with Kartik and says that he is the one who made Kairav believe in Sirat and now he is the one who is also breaking his heart. Sirat enters and confronts Manish. She says that she will not leave the family until Kairav himself will let her go. Kairav overhears the conversation and asks about it. Sirat informs Kairav about a surprise picnic they planned for him. Kartik asks Manish to trust Sirat.

Meanwhile, Ranveer tells his sister everything about Sirat. Here, the Goenkas dance with Kairav. He makes a painting of Sirat and Kartik. Later at night, Sirat thinks about Ranveer, while Kairav insists Kartik take him to Sirat as he wishes to gift her something. Ranveer sneaks into the Goenka house to meet Sirat. The couple spends quality time together when a man recognises that Ranveer broke Kartik's car's glass. He catches him but Kartik rescues him. Ranveer and Sirat apologise to him.