Yeh Rishta Kya Kehlata Hai June 11 2021, sees Sirat having to face what she feels and come to terms with whom she really loves despite being married. 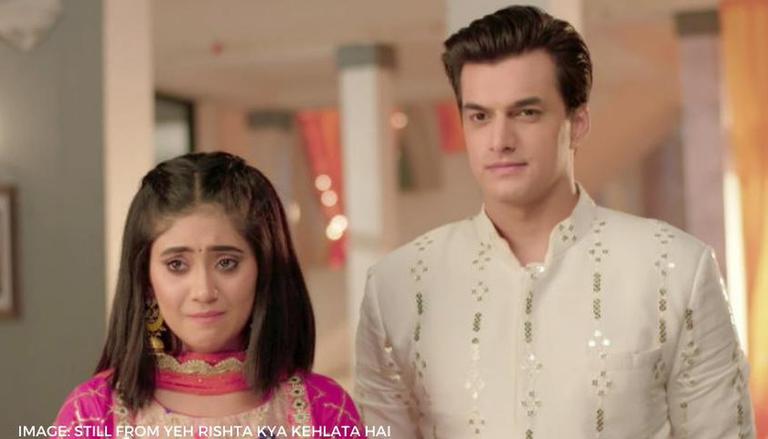 
The Yeh Rishta Kya Kehlata Hai latest episode begins with Kartik and Ranvir teasing Sirat. Sirat complains that they are ganging up on her to which they laugh and say that they are just having fun. Sirat goes away from them saying that she is going to talk to Mauri. As she goes inside, she hears Suhasini talking to everyone else. She is shocked to hear what Suhasini is saying and is forced to take a step back and reconsider the way she has been behaving and think about her feelings. Read the Yeh Rishta Kya Kehlata Hai June 11 2021 full episode written update to know what happened to shock Sirat.

Sirat hears Suhasini say that she can still see love for Kartik in Sirat’s eyes and that no matter who Sirat is married to, she will always only love Kartik. Sirat wonders how Suhasini has been able to see through her and if everyone else has been able to see this too. She is very upset and as Ranvir comes towards her, she snaps at him. She tells him to leave her alone and not follow her around. She later feels bad and apologises to him. The two leave the Goenka house and go to Chauhan’s house.

At Chauhan’s house, Saroj and Nidhi give Sirat and Ranvir a gift of honeymoon tickets. Sirat is very happy as she feels this will be her chance to get away from Kartik and reorient herself as Ranvir’s wife. As she feigns excitement for the trip, she cannot help but think about Suhasini’s words and the truth behind them. The honeymoon tickets fall from her hand and into a bowl of water and she panics. Ranvir tells her not to worry and just get a printout of the ticket. The two start packing.

As Ranvir and Sirat are packing for the honeymoon, Sirat by mistake says that she will enjoy the honeymoon with Kartik. She once again chastises herself and cannot believe she let herself say that. The episode ends with Kartik and Sirat once again spending time together as he comes to pick her up. She is forced to come to a decision as to who she loves.