Tinder's new feature is allowing users to have virtual dates across the platform to help connect with your matches whilst enjoying movie dates. 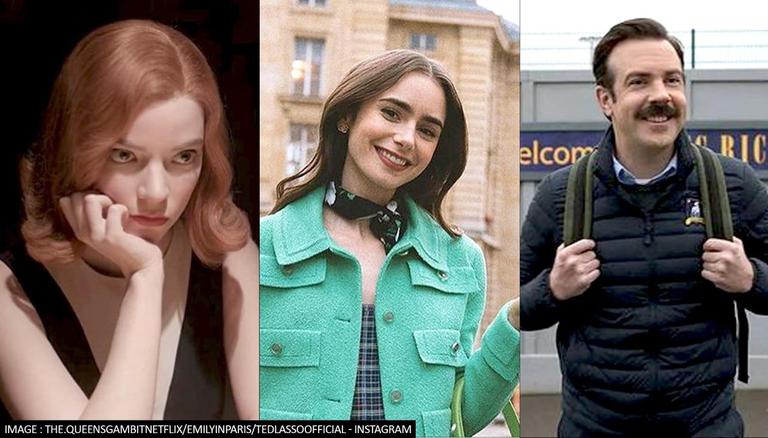 
The prevailing conditions of the ongoing global pandemic have put a wrench in the dating scenarios across the world with people compelled to stay indoors and maintain social distancing. However, the boom o virtual dating over the years has offered a new way for people to meet someone and form connections. Offering a platform to facilitate the process, the popular dating app Tinder added a new feature allowing their users to enjoy a fun movie night with their matches.

According to Tinder's The Future of Dating report, the app has seen a boom of over 40% as the Gen Z generation are enjoying the new video chat mode on the platform to connect with their matches. With the future of virtual dating looking bright, the dating app brought in a new feature to allow its users to binge-watch shows across various OTT platforms with their matches. From Netflix's Emily in Paris to critically acclaimed Apple series Ted Lasso, here are five popular shows you need to watch with your Tinder match.

The globally acclaimed teen drama Sex Education depicts the awkward yet real incidences that define the lives of teenagers transitioning into young adults. With three seasons premiered on Netflix, the show recently announced its fourth season. Featuring Asa Butterfield, Emma Mackey, Ncuti Gatwa, Connor Swindells and more, the show is the perfect setup to break the ice and ease the tension.

The critically acclaimed series based on the lives of the British Royal family, The Crown is another on the list of shows to binge on Netflix. A series documenting the turbulent relationships within the Royal family along with the fourth season depicting the married life of Princess Diana and Prince Charles, The Crown is reigning over the OTT platforms with multiple accolades won by the series. The series features a talented ensemble of actors like Gillian Anderson, John Lithgow, Claire Foy and more.

One of the biggest hits of the year 2020, The Queen's Gambit took home several accolades for its exceptional storyline and intriguing characters. Featuring Anya Taylor‑Joy, Harry Melling, Thomas Brodie and more, The Queen's Gambit is perfect to watch with a match who is interested in sports.

READ | Tinder launches 'Safety Centre' in India for safe online dating; Here's how you can use it

The light-hearted drama series about a girl from the US exploring a new way of living in Paris is the perfect way to kick back and relax with your match. Featuring Lily Collins in the lead, the show is a must-watch for people into fashion to indulge in their taste in clothes, jewellery and more. The show can prove to be a great way to start up conversations on travel, food, lifestyle and more.

The critically acclaimed Apple series Ted Lasso has been the talk of the town since its release for its light-hearted comedy and intriguing characters. For comedy junkies, the show is a perfect way to flaunt their unique sense of humour in front of their match. Featuring Jason Sudeikis, Hannah Waddingham, Jeremy Swift and more, the series will also help you connect with your sports enthusiasts partner.

WE RECOMMEND
‘Tiger King 2’ to premier on THIS date, Netflix reveals upcoming True Crime slate
Tinder adds 'Block Contacts' feature: Know how to block a contact on the dating app
Tinder launches 'Safety Centre' in India for safe online dating; Here's how you can use it
'IRL-In Real Love': Tinder to collaborate with Netflix for India's 1st dating reality show
Tinder India posts on 'modern form of flirting'; netizens respond wittily
Listen to the latest songs, only on JioSaavn.com