Bollywood actor Abhishek Bachchan, who made his OTT debut with the Amazon Prime Video series titled Breathe: Into The shadows, announced its new season 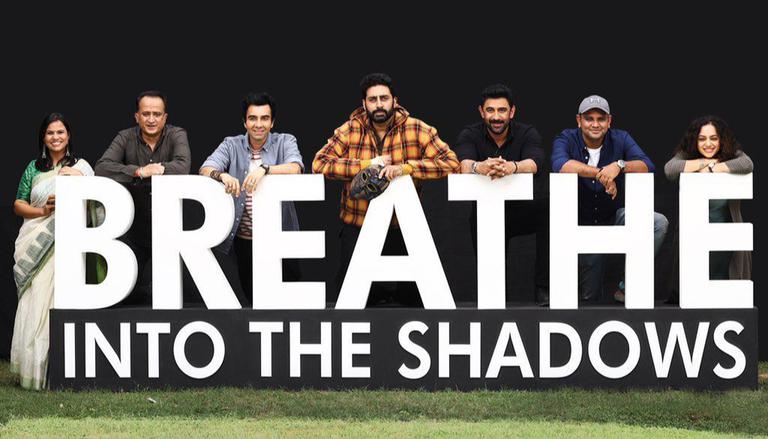 
Bollywood actor Abhishek Bachchan, who made his OTT debut with the Amazon Prime Video series titled Breathe: Into The shadows, has taken to his official Twitter handle and announced the second season of the hit web series. The 2018 crime thriller series also featured Amit Sadh and Nitha Menen in the first season. In the second season, Bachchan and Sadh will reprise their roles of Dr Avinash Sabharwal and Inspector Kabir Sawant, respectively.

Abhishek Bachchan to reprise his role in Breathe: Into The Shadows season 2

Taking to the micro-blogging site, Abhishek Bachchan announced a sequel to his hit web series, Breathe: Into the Shadows. He tweeted, 'The face-off continues as we gear up for a new season of '#BreatheIntoTheShadows' '#BreatheOnPrime.'' The actor also dropped a picture featuring himself and other show members who can be seen standing behind the giant word 'Breathe.'

In the Amazon Prime Video Original show, along with Bachchan and Sadh, Nithya Menen will also come back as Abha Sabharwal and Saiyami Kher as Shirley. The actors will be joined by Naveen Kasturia, who is known for featuring in Dibakar Banerjee's Love Sex Aur Dhokha and Shanghai. The first season of the Amazon Prime crime thriller drama followed Dr Avinash Sabharwal as he finds his 6-year-old daughter Siya has been kidnapped by a masked man, who demands that Sabharwal kill someone in order to get his daughter back.

The streamer in a statement said that the new season will be a face-off between Bachchan and Sadh's characters to a climax. As the plot of the TV series intensifies and new characters are roped in to infuse raw energy into the narrative, the stakes and the thrill go higher this season.

As soon as Bachchan made the big news, his friend and co-actor in many films, Riteish Deshmukh took to the comments section to express excitement. He wrote, 'Good Luck – can’t wait.' Many fans and followers also showered love on the entire team. Created and backed by Abundantia Entertainment, the series is helmed by Mayank Sharma. The renewed season has reportedly commenced production in New Delhi and Mumbai and is due for release next year.