Ahead Of 'FRIENDS: The Reunion', Here Are Top-rated Episodes As Per IMDb

FRIENDS: The Reunion is scheduled to release on May 27. Here is a list of the funniest episodes from the show which are also the top-rated ones. 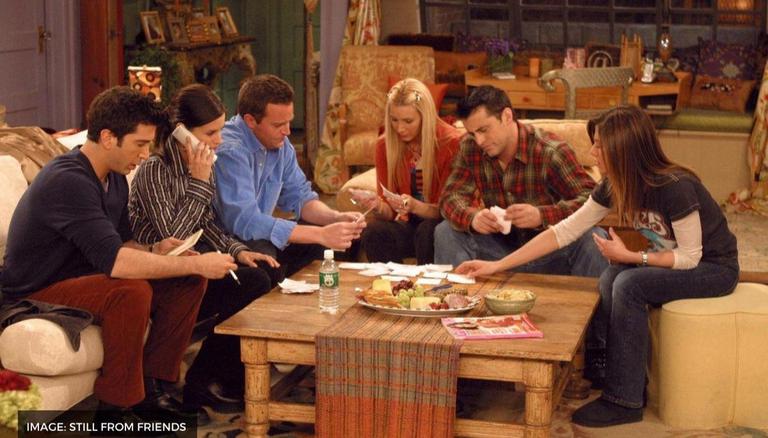 
After years of speculation and more than a year of wait, FRIENDS: The Reunion episode is all set to release on May 27 on HBO Max in the US and in India on ZEE5. The FRIENDS: The Reunion trailer has already created a huge hype amongst the audience. Ahead of the premiere of the most anticipated reunion, here are some of the top-rated episodes that you cannot miss.

Top-rated episodes of FRIENDS according to IMDb

This episode has been rated 9.5 stars on IMDb. In this episode, Ross hosts a quiz where Monica and Rachel lose their apartment to Joey and Chandler. This is also the one where Phoebe's uterus is implanted with an Embryos. This is for her brother Frank Jr and his wife Alice’s child.

The episode has a rating of 9.1 on IMDb. This is a Thanksgiving episode where Joey punishes Chandler and asks him to stay inside a box for six long hours. Monica has to go to her eye doctor and ends up planning a date with Richard's son. Rachel on the other hand who has broken up with Ross realises she has a soft corner for him.

READ | Friends Reunion all set to air on Zee 5 in India; fans rush to know the release date

The episode has been rated 9.0/10 stars on IMDb and has been one of the most favourite episodes of all the fans around the world. This is the very first episode where Ross realises that Rachel has feelings for him as he hears a message that she left for him. She mentions that she is not over him yet. Ross has to make a choice between his current girlfriend Julie and his longtime crush Rachel.

This episode too has a 9-star rating on the page. Ross invites everyone to his special event where he will be seen giving a speech. However, Rachel cannot choose which outfit she would want to wear. Joey and Chandler fight over a sofa while Monica accidentally calls Richard's daughter. One thing leads to another and the episode becomes chaotic.

The One With All The Poker has been rated 8.8/10 stars by IMDb. In this episode, all the characters get equal prominence. The girls want to learn how to play poker to win against the boys. Rachel wants to get herself a job and earn a living. On the other hand, at the end of the episode, Ross realises that he loves Rachel.

READ | 'Friends: The Reunion' will be streamed in India on this platform; Could we be any more excited?

This episode has an 8.8 rating on the page. In the episode, Chandler finally pops "the" question to Monica after she almost gets back with Richards. Their relationship almost comes to an end. However, the couple manages to finally be together amidst all the chaos.

The One with the Cop or the famous Pivot episode has an 8.6 rating on IMDb. In this episode, Phoebe gets a police badge and pretends to be one until she meets the owner of the badge. Ross, Chandler and Rachel try their best to carry a sofa to Ross' place while he gives orders. Phoebe starts going out with the police officer soon after.