Ahead Of 'You' Season 3 Release On Netflix, A Look At What Happened In Previous Seasons

‘You’ is currently gearing up for the release of its next season on October 15. Here’s a quick recap of seasons 1 and 2 of the Netflix thriller. 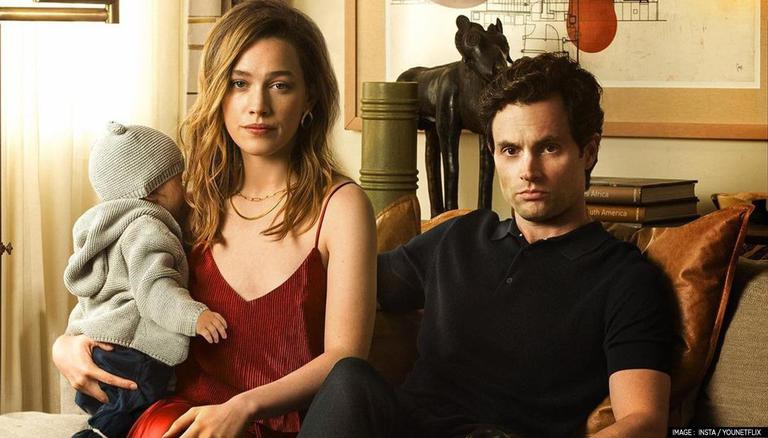 
You is currently gearing up for the release of its next season on October 15, 2021, Friday on Netflix, which will be available for fans across the world to stream. Season 3 of the psychological thriller will see Penn Badgley and Victoria Pedretti reprise their roles as Joe and Love, as the deadly duo starts a family of their own. With season 3 just around the corner, here's a quick recap of seasons 1 and 2 of the much-loved thriller flick.

Recap of You ahead of the release of its third season

The first season of the Netflix show introduces Joe Goldberg as a charming young man who works at a bookstore, where he comes across Guinevere Beck. Joe is intrigued by her and becomes her stalker, online and in the real world. The two get close to each other, but Beck's boyfriend, Benji threatens the relationship they share and Joe locks him in a glass vault, which becomes an important part of the show and later kills him. The series goes on to show Joe and Beck dating, however, the latter begins to question the relationship. She confides in her friend, Peach, who begins to suspect Joe of not being truthful. To win Beck back, Joe eventually kills Peach and makes it look like a suicide, as he leaves a suicide note on her laptop. Joe then visits Beck's counsellor using a fake name and suspects Beck is sleeping with him. When he confronts Beck about it, the duo breaks up and Joe later begins dating Karen. However, Beck and Joe later rekindle their relationship, but Karen warns Beck about his part in a fit of jealousy. This makes Beck curious about Candace, Joe's ex-girlfriend, who mysteriously disappeared. Beck later finds several pieces of evidence of Joe's actions including souvenirs of his victims and the glass vault, in which Joe locks her when he finds her there. However, she manages to escape, but Joe catches up with her and kills her. The season ends with Candace entering the bookstore and telling Joe that the two still have unfinished business.

Joe begins a fresh life away from Candace and starts to obsess over Love and gets a job at the departmental store she works at. The two develop a relationship but it is later revealed that Joe stole the identity of Will, a small-time criminal to start a new life, but Love learns the truth and soon ends things with him. However, they are brought together when Love's brother, Forty goes on an alcohol bender and Joe helps him. Just as things begin to go well with love, Candice appears again and befriends Forty. Candice later tells Love about Joe's past and she breaks up with him yet again. Joe then dates Delilah for a brief while, and she discovers his glass vault. To keep his secret safe, he locks her in it with handcuffs that will automatically open after a particular period of time, and he plans to leave the city before the time is up. However, his plan fails and he learns that Delilah is dead. Candice then traps Joe with Delilah's body and makes him come clean to Love about all his actions. However, he is taken by surprise when Love murders Candace and also reveals that she killed Delilah. Love then reveals she is pregnant with Joe's child and the two move into a new home. The episode ends with Joe being infatuated with his new neighbour.

READ | 'You' Season 3 Trailer: Penn Badgley is back on his killing spree in Netflix thriller

With season 3 releasing soon, fans wonder how things will pan out for Joe, now that he has Love by his side. The trailer of the upcoming season sees the couple looking after their child, Henry and also dealing with their own issues. The trailer promises a season full of thrill and suspense.

READ | 'You' Season 3: Penn Badgley's Joe in the trailer has fans 'obsessed with it'