Applause Entertainment has cracked a deal with Amar Chitra Katha to retell 400+ Indian mythological stories through an animated web series. 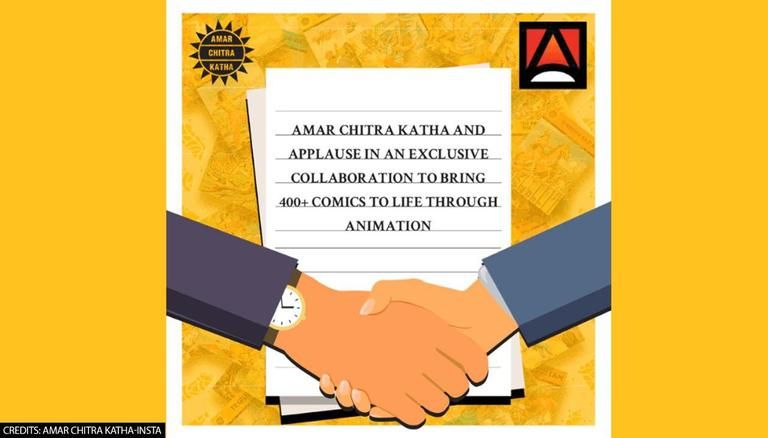 
Amar Chitra Katha and Applause Entertainment have officially joined hands to venture into animation and comics. The indigenous comic book series is responsible for popularizing Indian mythology and its stories through their unique portrayals of historical figures and epics in comics since 1967. On the other hand, Applause Entertainment is the content studio for the 2019 hit series Criminal Justice, starring Rucha Inamdar and Pankaj Tripathi.

The team behind Criminal Justice and Scam 1992: The Harshad Mehta Story (2020) and Anant Pai's popular comic series cracked a deal to retell 400+ Indian mythological stories through an animated web series. The studio has successfully acquired the rights to the comic series' library, including the legends of Lord Krishna and Hanuman. According to a report from Mid-Day, the first project of the joined venture, hoping to be released next year, is still in the initial stages of its production.

Taking to their official social media handle, Applause Entertainment and Amar Chitra Katha enthused over the project. The former released a video showing the upcoming web series depicting mythological figures like Lord Krishna, Hanuma, Karna, Buddha, Chanakya and more. They said, 'We're thrilled to announce an exclusive partnership with @amarchitrakatha to mark our foray into animation. This reimagining of India’s rich storytelling heritage will bring to life our mythical and real-life heroes in a modern rendition that blends culture with technology'.

Talking about their new step into the animation, CEO Vyas stated,

'At Amar Chitra Katha, we have been custodians of India's stories for over 54 years, and we are thrilled to partner with Applause Entertainment to take our rich storytelling heritage to Indian and global audiences through animation. As the nation's favourite storyteller, our mission has always been to provide Indian children a route to their roots and inspire in them a great sense of pride about India and being Indian. While we continue to keep our founder, Mr Anant Pai's dream alive by telling new stories and creating fresh content in print and digital formats, we are also keen on presenting our iconic stories in an animated avatar. For this, we could not have hoped for a better partner than Applause. We are confident that Sameer Nair and his team, with their passion and superlative track record will do an amazing job adapting our stories to animation and providing the new and future generations of Indians a crucial link to our past'

Amar Chitra Katha called the joined venture a 'Landmark deal' and wrote, 'We are so excited and can't wait to see our epic stories in their animated avatars'.