CW's Batwoman has added 'Agent Carter' alum Bridget Regan to its list of cast members. The actress will soon star as supervillain Poison Ivy in Season 3. 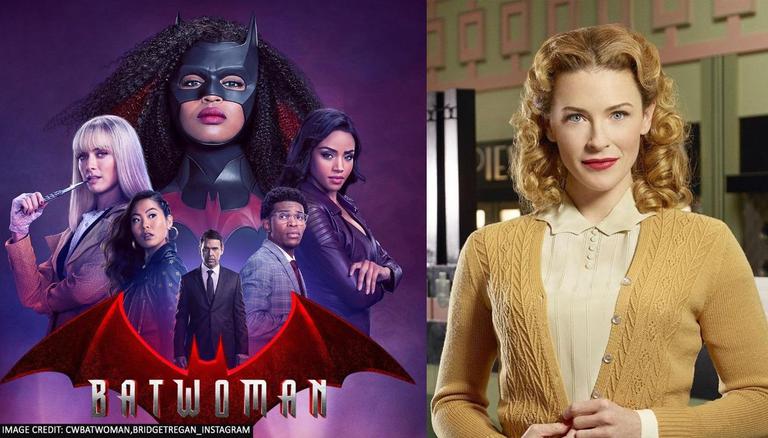 
CW's Batwoman has found its Poison Ivy for season 3. Based on the DC Comics character of the same name, Batwoman is part of the Arrowverse continuity which follows cousin of vigilante Bruce Wayne, Kate Kane. Batwoman season 3 is slated to release on October 13, 2021.

Batwoman has finally found a place for DC Comics' iconic supervillain for the upcoming season 3. According to a report by Variety, Agent Carter alum Bridget Regan will play the role of Poison Ivy soon. The actor will reportedly appear in a recurring guest star role for season 3 of Batwoman.

READ | Who is Safiyah in 'Batwoman'? Where have you seen her before this?

Regan has previously appeared in shows like Agent Carter, Paradise Lost, The Last Ship, Jane the Virgin and White Collar. CW's Batwoman was picked up for a third season back in January. Season 2 of the show saw Javicia Leslie replace Ruby Rose as the titular character of the series following the latter's departure after Season 1.

Who is Poison Ivy from DC comics?

Poison Ivy A.K.A. Pamela Isley is a villainous character from DC Comics, who used to be a botany student at Gotham University. Isley apparently wanted to be a botanist to do better in the world, however, since she was experimented upon by a colleague who injected her with various plant toxins, her plans changed.

The character has often been described as "a misanthropic botanist and biochemist who possesses a poisonous touch, enhanced physical abilities, and a supernatural control over plant life, powers which she uses for the purposes of ecoterrorism." The character also has a sort of romantic relationship with Harley Quinn in the comics, though the latter always returns to the Joker. However, that is the Comic book description of the character which can differ from project to project.

Bridget Regan is the latest actor to play a live-action version of Poison Ivy. In the 1997 film, Batman and Robin, Uma Thurman played the character of Ivy. Several actors have played the role in the Fox series, Gotham, including Clare Foley, Maggie Geha, and Peyton List. Many actors have also voiced the beloved DC supervillain in animated films including Lake Bell, who currently voices  Ivy on the HBO Max series Harley Quinn.

WE RECOMMEND
Javicia Leslie says 'Batwoman' inspired her to come out as bisexual to her mother
'Batwoman' showrunner reveals why she ruled out recasting Kate Kane for season 2
What happened to Ruby Rose on 'Batwoman' and why did she exit the show?
Who is Safiyah in 'Batwoman'? Where have you seen her before this?
'Batwoman' season 2 to reintroduce character Kate Kane; Wallis Day to replace Ruby Rose