Bethenny Frankel is going to star in a new reality television show titled The Big Shot With Bethenny. The show will air on HBO Max. Scroll to watch the trailer.


American reality star Bethenny Frankel is all set to make her television comeback. The entrepreneur-turned-author is gearing up for her new reality show The Big Shot With Bethenny to air on HBO Max. The trailer of this show was dropped on April 21 and it is going to available for streaming from April 29.

In the trailer of the show The Big Shot With Bethenny, Bethenny is looking for a candidate to fill in the Vice President’s post for her company, Skinnygirl. She is interviewing eligible prospects for the same. She is also seen giving tasks and ordering around the candidates to see if they can do the job they are applying for. She introduces herself to the candidates by saying, “I'm a mother, philanthropist, and a bit of a clown”. The right person she is looking for is expected to know how to handle e-commerce, licensing, and social media for her multiple brands. At one point in the trailer, she also is heard exclaiming, “I hate social media”. Unsure of what is expected of her, one of her candidates say into the camera, “What is Bethenny looking for? I am terrified”.

Bethenny also commented on the trailer shared by HBO Max on their Instagram. She wrote, “Here we GO”. Several of her fans were excited to have her back on the small screen. One of her ardent fans also wrote that they love her regardless of what people say about her.

READ | Shekhar Kapur says "Nature will survive, whatever we do" on World Earth Day 2021 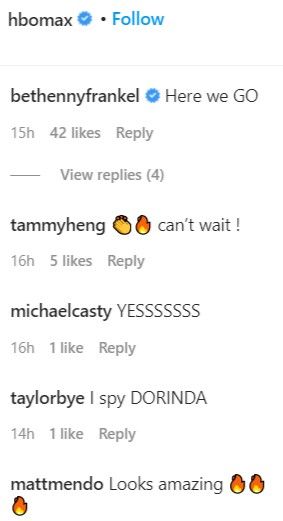 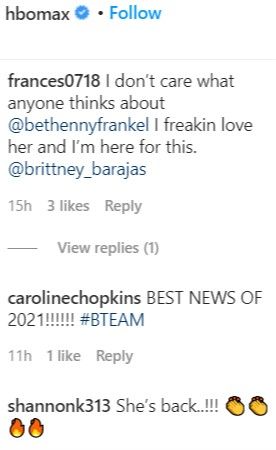 Bethenny quit The Real Housewives Of New York City in 2019. In Paris Hilton’s podcast, she said that she left the series because it was becoming what she was not. She also explained that she cannot do anything with fear in her mind. This reality show revolves around the personal and professional lives of the women residing in New York. Bethenny’s stints in the show were so successful that it resulted in two spin-offs titled Bethenny Ever After and Bethenny & Fredrik.

READ | If you loved 'Fast and Furious 8', here are other Paul Walker's movies to watch

Recently, her brand Skinnygirl has also introduced shapewear apparels. Earlier, this month, she took to her Instagram to announce the news to her fans and followers. Sharing a picture of her donning the shapewear, Frankel wrote in the caption, “Feeling confident starts with a solid foundation—health, wellness, and wardrobe pieces that make you feel supported and uplifted. Get your @skinnygirlbrand shapewear now. This picture was taken behind the scenes of #TheBIGSHOTwithBETHENNY”.

READ | 'Baby' movie's shooting locations: Know all about the 5 cities where the movie was filmed

READ | Priyanka Chopra on struggle in Hollywood: 'I had to shed my Indian-ness'
READ | Little Mix's net worth: All you need to know about the British Girl Band