Read further and check out who won The Voice 2021. Musician Cam Anthony wins the 20th season of The Voice and his coach Blake grabs his 8th win in 10 years. 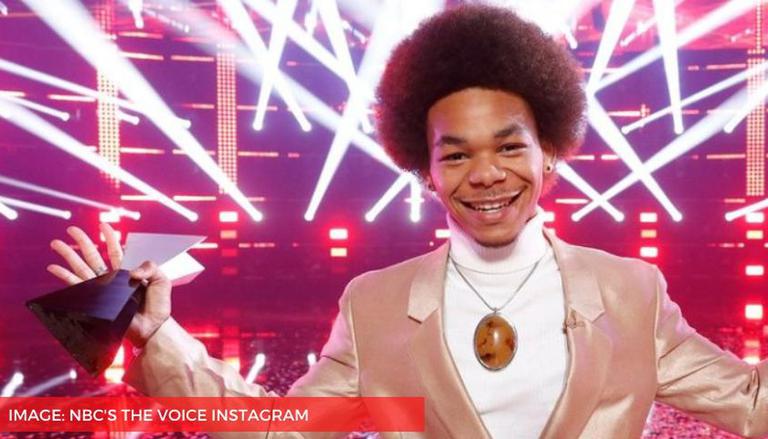 
19-year-old Pennsylvanian musician Cam Anthony was declared the winner of The Voice 2021. He was crowned the Season 20 champion during the finale episode of The Voice that aired on May 25, Tuesday. Cam Anthony was coached under Blake Shelton, who adds to his record as the winning coach in the show's history with eight wins under his belt. Talking about his win, Cam Anthony said he was "feeling good" after becoming The Voice's winner in 2021.

Cam Anthony and Blake Shelton were considered as an unlikely pairing. While the former is a soulful artist, the coach mastered country music. "This has been the time of my life," Anthony said in his thank you speech on the show, thanking his coach for allowing him to "explore my artistry…and have as much fun with it as possible".

Coach Blake Shelton also thanked Anthony for marking The Voice on the map during the singing competition's 20th season in 10 years. He said, "You being on this show and giving us the chance to be a part of your journey has changed the show forever and we’ve been needing that". Shelton has fellow coach Nick Jonas to partially thank for his win.

READ | Akhil Gogoi, first ever MLA to take oath while a prisoner, alleges manhandling in Assembly

During the first night of Blind Auditions, Cam Anthony had earned a three-chair turn. He had wowed Shelton, Jonas and John Legend with his soulful sound on Sam Smith’s Lay Me Down. During the auditions of Cam Anthony on The Voice 2021, the 19-year-old Pennsylvanian musician said that he was looking to get John to turn as he believes John Legend's voice is pretty similar to his voice, however, Nick Jonas had other plans.

He blocked Legend, preventing Anthony from joining the R&B legend’s team. Talking about the same, John had said, "Everybody is betraying me. I expect this from Blake but Nick deftly blocked me and I’ll never forgive him for that", during the Blinds. After the Top 9 semifinal performances, Legend added, "Every time I hear Cam sing, it breaks my heart that Nick would use his block in such a way".

READ | Dhanush croons 'Nethu' for his film 'Jagame Thandhiram'; fans in love with his voice