Chellam Sir answered 'where to find chillum' in Mumbai Police's meme with a message and the Family Man 2 creators Raj & DK shared their views on it. 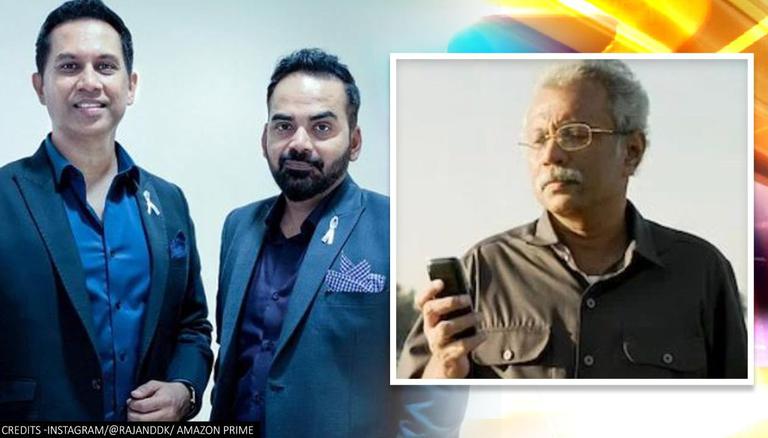 
Amid a veteran like Manoj Bajpayee playing the lead and star like Samantha Akkineni making her Bollywood debut, a lesser-known actor Uday Mahesh has managed to grab eyeballs in The Family Man 2. His portrayal as Chellam Sir has become a talking point and popular meme material a week into the release of the series. Even Mumbai Police jumped into the bandwagon and the creativity even impressed the creators-directors Raj Nidimoru and Krishna DK.

Chellam Sir has been trending on social media as Mr Dependable for the most crucial information sought by Manoj’s character Srikant, an intelligent officer in the series. Netizens have been sharing memes on Chellam sir being more reliable for any information than Google, even Vicky Kaushal endorsing it.

Recently, Mumbai Police combined his reliable information-delivering skill with use of wordplay. The cops posted that when someone contacted Chellam sir for info on the rhyming Chillam, a device used to smoke marijuana, he would suggest them to dial the number 100 for 'COD'. The abbreviation did not Cash on Delivery, but here it was ‘Cops on Delivery’ to state that any attempt to procure drugs would get a 'timely drop to lockup.'

READ | 'The Family Man 2': Netizens trend 'Chellam sir' for being 'encyclopedia of information'

Raj and DK were super impressed by the creativity in using their series to give a message. They wrote that they loved the cops for their sense of humour. They also gave a shoutout to the team that is handling the Twitter handle of Mumbai Police, calling them ‘coolest’, while also thanking Mumbai Police.

READ | The Family Man 2: Twitterati cannot get enough of Chellam Sir, fans ask for a spin-off

Love our cops for their sense of humour 😂
HAT Media team... @PoliceWaliPblic Chinmay Munghate, Anil Rajpurohit, and Sanika Sathyanesan you guys are the coolest!
Thank you @MumbaiPolice for everything! 🙏

Meanwhile, the series is receiving praises on social media, with even celebrities like Ayushmann Khurrana calling it the ‘best thing on OTT.’ However, a section of netizens were not happy about a section showing 'Tamils in poor light' with the alleged portrayal of the organisation LTTE, that fought the Sri Lankan civil war. Among those who demanded that the show be banned was NTK leader Seeman.

READ | 'The Family Man 2': Vicky Kaushal is convinced that Chellam Sir is "greater than" Google
READ | Delhi Capitals Twitter jumps on the 'Chellam Sir' meme train with this hilarious tweet