'Chucky' TV Series: All You Need To Know About The Cast, Twitter Review, Episodes And More

Child's Play creator Don Mancini & Channel Zero creator Nick Antosca Chucky have made the leap to TV with the new Syfy series 'Chucky'. Know all about it here - 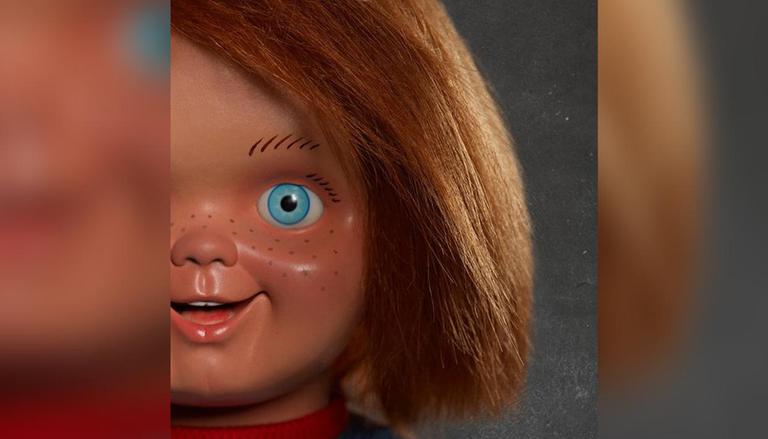 
Child's Play creator Don Mancini and Channel Zero creator Nick Antosca have made the leap to TV with the new Syfy series Chucky. The series served as the sequel to the film Cult of Chucky, continuing the franchise that started with the 1988 classic.

The first episode of the series dropped on Tuesday, October 12 and the iconic doll show hooked the viewers with her spine-chilling story and screenplay. The series tells the story of an idyllic American town that is thrown into chaos after a vintage ‘Good Guy’ doll turns up at a suburban yard sale. Soon after, a series of horrifying murders begin to expose the town’s deep hypocrisies and hidden secrets.

The first episode of the horror-thriller features a 14-year-old boy, Jake (Zackary Arthur) unknowingly purchasing Chucky at a yard sale in hopes of fulfilling his artistic vision. Gradually, several red flags about Jake pop up and turn him into a perfect pal for Chucky. Jake brings Chucky home and then carries the doll with him throughout his day at school. He was bullied by his fellow classmates after which Chucky helps him get some sweet revenge on his tormentors.

While Jake overlooks some of the weirdness surrounding Chucky and ultimately takes their odd relationship to the next level by doing what he does best. In the end, Chucky and Jake are bound together by circumstance because Chucky just made his life a little easier.

READ | 'Chucky' creators on upcoming TV show; say it will be "tonally in check" with horror film

Though Arthur is a fresh face to the franchise, other familiar names, and faces who are both friends and enemies that Chucky has met in past films, include Fiona Dourif as Nica Pierce and Jennifer Tilly as Chucky's bride, Tiffany Valentine.

As the much-awaited horror-thriller series began streaming on Syfy or USA Network at 10 p.m.at 10: pm from October 12, the viewers are thrilled to see the iconic thriller doll drama return as TV series. Here are some of the fans' reactions after watching the first episode of the Chucky TV series. Take a look:

READ | As 'Chucky' returns to terrorise fans on TV, the creator couldn't be happier; Read

That was an awesome first episode!! That ending and the preview for what's to come.. I can't fucking wait!! Follow me if you want to talk #Chucky every Tuesday going forward. I'll be here 🤙 #chuckyseries pic.twitter.com/N9kvAsCn73

#chuckyseries what a great episode no filler just straight to the point this series kicked off running & I’m hear for it !!! pic.twitter.com/p2BLksLNZl

How to watch Chucky online?

Fans eager to watch the Chucky TV series can tune in on Syfy and the USA Network at10:pm. After its cable premiere, you can stream the Chucky series on the Syfy website or the Syfy app. However, the series will not stream, but you can watch new Chucky episodes live with Hulu + Live TV.

WE RECOMMEND
As 'Chucky' returns to terrorise fans on TV, the creator couldn't be happier; Read
All Chucky movies in order of release to binge-watch if you're awaiting 'Chucky' TV series
IPL 2021: Kishan, Yadav guide MI to mammoth 235/9 in must-win match against SRH
'Into the Wild' trailer shows Bear Grylls and actor Ajay Devgn in Adventure Mode
'Child's Play' co-writer & co-creator of 'Chucky' John Lafia commits suicide
Listen to the latest songs, only on JioSaavn.com