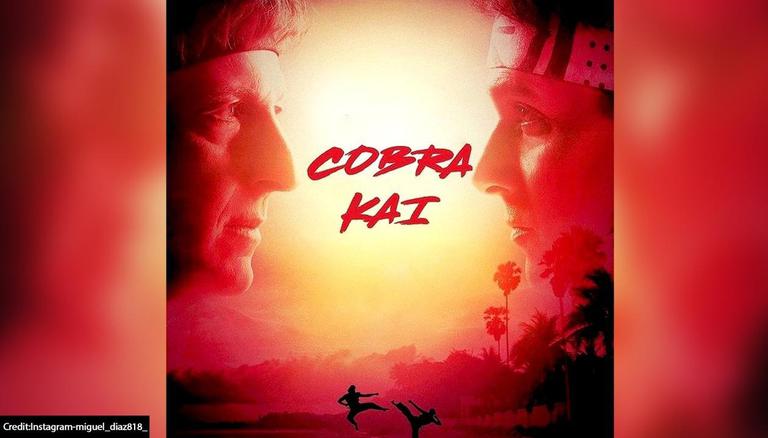 
The martial arts comedy-drama Cobra Kai received 4 Emmy nominations this year much to their creators Jon Hurwitz, Josh Heald and  Hayden Schlossberg's surprise. The series is based on the 1984 movie The Karate Kid and is set 34 years after the events of the original movie. The popular Netflix series earned its first Emmy nomination for Outstanding Comedy Series. The series stars Ralph Macchio and William Zabka, who reprise their roles as Daniel LaRusso and Johnny Lawrence from the 1984 film.

Cobra Kai creators talk about season 4 of the show

Speaking to Deadline, Heald said that it was a big surprise to the team when they heard about the Emmy nomination and that everyone was really excited. Talking about the show, Heald said that the show was taking the villain from The Karate Kid, putting him front and centre, and giving him the Better Call Saul treatment where the audience gets emotionally invested in his story. He added that he was really grateful to Netflix and Sony, as well as the cast and crew.

Talking about his love for the Karate Kid franchise Josh Heald revealed that he along with Hurwitz, and Schlossberg watched the movie for the first time when they were six years old. He further said that the reason why the series resonated with so many is that they all personally loved the movies so much. Heald did not reveal much about what fans can expect from the upcoming Season 4, but he confirmed that shooting has been completed and all episodes are currently in post-production.

Talking about Samantha LaRusso (Mary Mouser) and Tory Nichols (Peyton List) rivalry in season 3, Jon Hurwitz said that Sam and Tory are two of their favourite characters in the series and their rivalry is a fresh one that certainly cuts to the core for both of them. Hurwitz further said that the team was eager for the audience to see how it plays out in Season 4 because there’s certainly no love lost between those two at the end of Season 3 and there’s a lot more between them going forward.

READ | Emmy 2021 nominations revealed: All you need to know about this year's awards
READ | Emmy Awards 2021 Live Streaming: How to watch Emmy awards in India, UK and UAE?