'Crazy Ex Girlfriend' Cast: Here's List Of Actors And The Characters They Play

'Crazy Ex Girlfriend' cast: Here is a list of the actors and the characters they play in the romantic musical drama series that has four seasons. Check it out 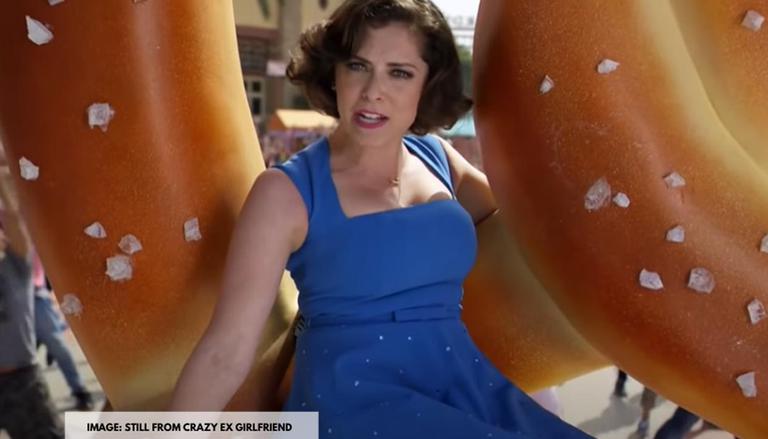 
Crazy Ex-Girlfriend made a debut in the year 2015. The show that ran for four seasons gathered fans attention, but became one of the lowest-rated show and finally ended in 2019. The romantic musical comedy-drama television series was created by Rachel Bloom and Aline Brosh McKenna. The story revolves around a Yale- and Harvard-educated real-estate lawyer who works for a top New York City law firm.

The actor plays the role of a lawyer, originally from Scarsdale, New York. She suffers symptoms of depression and anxiety and is prone to impulsive decisions and delusions and tends to hallucinate when she is under emotional distress. She decides to start a new life and shifts to the suburb of West Covina, California to rekindle her love with Josh Chan who she met in a summer camp, ten years prior. She tends to lack emotional intelligence hence she comes across as unpredictable, selfish, self-centred, needy, and eccentric. When she moves to a new place, she changes her behaviour to a very kind and loyal person.

The actor plays the love interest of Rebecca. The character portrays similar behaviour as his love interest but tends to apologise a lot. Throughout the show, he goes on a journey of self-discovery as he tries to find his path and understand what he wants in life. In the initial stages, Josh comes off as a selfish and immature person but fans see character development in later seasons.

READ | 'NCIS Blown Away' cast: Here are the actors who will be seen in the upcoming episode

The actor plays the role of Rebecca's new best friend and co-worker. Paula goes through a failed marriage and tries to advise in support of Rebecca's pursuit of Josh, mostly to compensate for her lack of fulfilment from not pursuing her dreams when she was younger. In later stages, she distracts herself and pursues a law degree and maintain boundaries with Rebecca and continues to be a neglectful parent to her sons.

READ | If you love Hotel Transylvania Series, here are other projects voiced by the same cast

Other than the lead actors, there are various cast members who change during the course of four seasons. The show features Pete Gardner as Darryl Whitefeather, Santino Fontana (seasons 1–2) and Skylar Astin (season 4) as Greg Serrano, Vella Lovell as Heather Davis and many more. The total number of episodes is 62.

READ | Friends Reunion: Cast members open up about how their characters would have turned out

READ | 'Harry & Meghan: Escaping The Palace': Jordan & Sydney to star as lead cast of this movie