Extraction trailer recently released on YouTube and has been creating a lot of buzz since then. Read below to know what fans are saying about the trailer.

Netflix has released a three-minute-long trailer for the upcoming action-thriller film Extraction. The film stars Chris Hemsworth in the lead role and revolves around the backdrop of mafias and weapon dealers. The film has been under the works for a while now with only a few tidbits shared with fans.

What do you get when you put Chris Hemsworth, Randeep Hooda and David Harbour in a movie together? An action-packed flick, that's what. #Extraction arrives April 24. pic.twitter.com/aByfdkx3jt

Extraction has been produced by the directors of Avengers: Endgame Joe and Anthony Russo. Joe Russo has penned down the script for the movie with Sam Hargrave on the director's seat. The film stars an extensive cast of Chris Hemsworth, Priyanshu Painyulli, Randeep Hooda, Pankaj Tripathi and David Harbour. The Extraction trailer has left fans enthralled about the upcoming action flick. Check out what fans are saying below -

Woah! This looks great
Never knew I wanted to see @chrishemsworth and @RandeepHooda in taking on each other until now....#Extraction @NetflixIndia @Russo_Brothers https://t.co/dlXINjankC 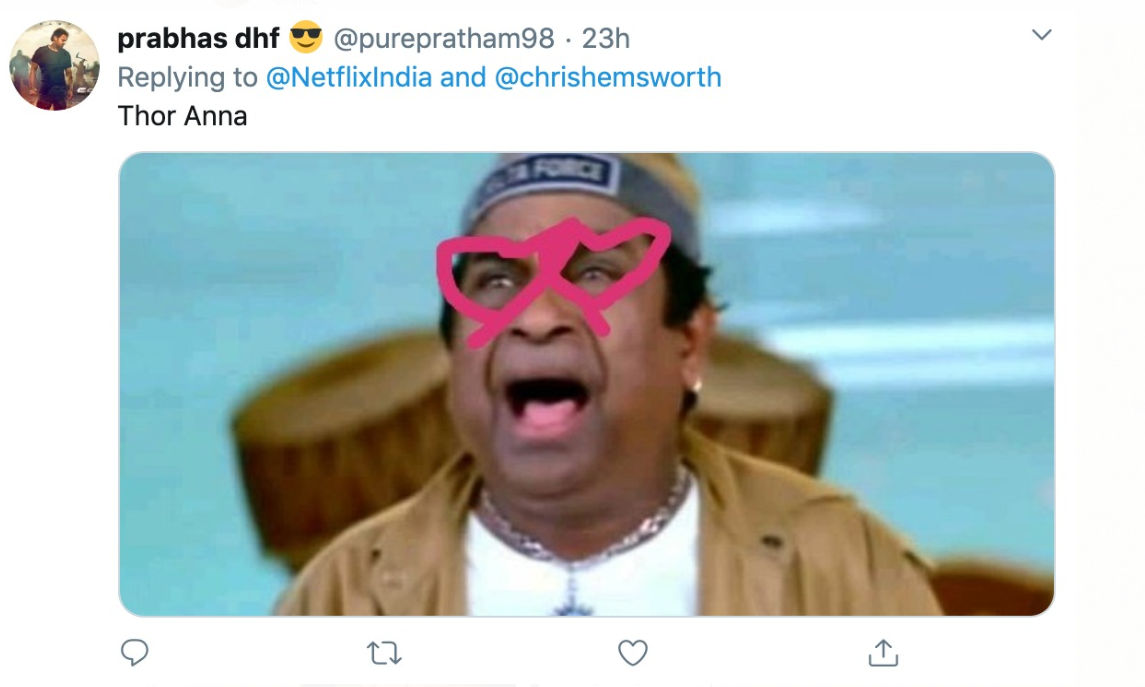 Chris Hemsworth' Netflix movie Extraction trailer is out and i can't wait to watch this movie. This looks so good, all the action and everything is so amazing. Pls how am i supposed to wait till 24 april. This is torture #Extraction

Also read: Chris Hemsworth is all set to visit India with his 'Extraction' director Sam Hargrave

PEOPLE HAVE PLEDGED SO FAR
LATEST NEWS
View all
17 hours ago
Ronit Roy says he thanks his fans for success of 'Kehne Ko Humsafar Hain'
23 hours ago
Ramy Youssef says Lindsay Lohan was cast in 'Ramy' S2 but she ghosted him
1 day ago
'Never Have I Ever' brings rare voice, and a newcomer, to TV
1 day ago
YouTube series 'Cobra Kai' to move to new streaming service
21 hours ago
Here is the net worth of the major actors of 'Space Force'; Check details here