If the teaser is anything to go by, 'Forensic' appears to be an investigative thriller that keeps audiences on the edge of their seats. 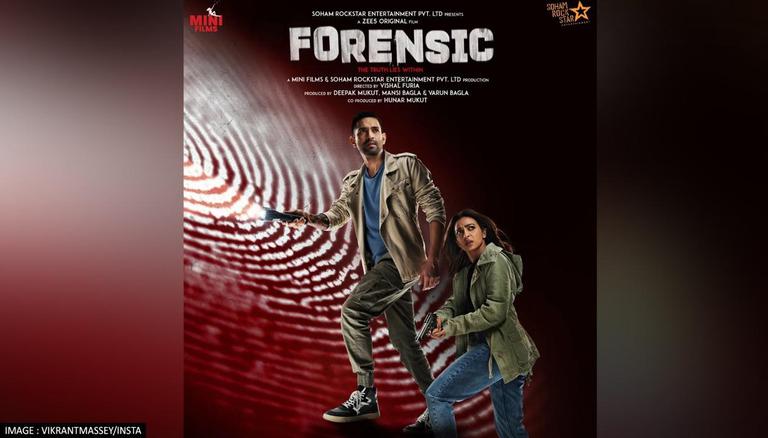 
The teaser of Vikrant Massey and Radhika Apte's upcoming ZEE5 original film, Forensic, is out on Friday, May 20. The psychological thriller is the remake of Akhil Paul and Anas Khan-directed Malayalam film of the same name. The original movie starred Tovino Thomas and Mamta Mohandas in pivotal roles.

If the teaser is anything to go by, Forensic appears to be an investigative thriller that keeps audiences on the edge of their seats.

The teaser begins with a gory scene, where Radhika Apte's Megha Sharma finds a body of a dead girl in what appears to be an abandoned field. In the next moment, enters Vikrant Massey's Johnny Khanna, who is a forensic officer, minutely gathering evidence on the scene of the crime.

Then comes an explainer scene, where a little girl appears to be jovial as she celebrates her birthday at a grand party hosted by her parents. But trouble ensues in a mystery gift, which bids her 'Happy birthday' in an eerie tone. The birthday girl then appears to be looking for something as she opens several doors and the place suddenly becomes a crime scene. When the investigative team arrives they find blood near a shady place, and soon after her body is discovered as well.

The mystery of the murders isn't solved and yet another missing girl case is reported at the police station, leaving Apte's Megha Sharma and Massey's Khanna furious and agitated. Prachi Desai appears to be the parent of one of the kidnapped girls, while officials leave no stone unturned to gather clues and solve the mystery.

The Forensic teaser is accentuated with gory sounds of bloodbath and slash, setting an apt theme for the movie's plot. Who is behind the killings? Will the team successfully give justice to all the victims who have fallen prey to the heinous crime? Answers to everything are dependent on the forensic team's investigation. Watch the teaser of the film below:

In a previous interaction with PTI, Vikrant Massey while talking about the film said, "I have always believed in the story being the front-runner for a film and when director Vishal Furia narrated the script to me, I was intrigued as an actor and as a member of the audience.”