FRIENDS Reunion special has finally premiered on ZEE5. In the special, David Schwimmer revealed that he did not like working with Marcel the monkey on the show. 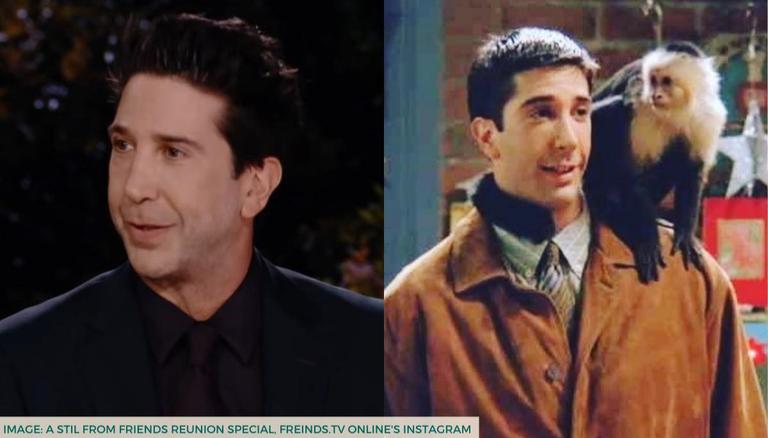 
The FRIENDS cast were not on good terms with Marcel the monkey. The highly anticipated FRIENDS Reunion special finally aired and the cast reunited for the first time in 17 years. During one of the segments of the special, James Corden asked the audience to ask questions to the cast. One fan asked what the cast did not like while filming the show. Schwimmer and some other cast members were quick to reveal they did not enjoy working with the monkey. Here’s why.

The FRIENDS Reunion special has finally premiered on ZEE5. The six cast members once again reunited and met many other cast members of the show including Richard (Tom Selleck) and Janice (Maggie Wheeler). During one of the segments of the FRIENDS Reunion special, the cast sat down for an interview with James Corden. After asking them a few questions, James asked the audience if they had any questions for the cast. One audience member asked, “FRIENDS was obviously amazing for all of you. But was there something you did not like?”

Matt Le Blanc answered by saying, “The monkey” and David Schwimmer agreed and said the same. The rest of the cast members agreed and some of them even had horrified reactions. Courteney Cox said, “The monkey scared me”, while Jennifer Aniston said, “I loved the monkey”. David hit back at Aniston and said, “Yeah ‘cause you did not have to touch it”. But all the other members opposed and said Aniston had to.

David Schwimmer did not seem convinced and explained, “First of all, I wanna say I love animals, nothing against animals. I am an animal lover”. He continued this statement by saying, “However, here was my problem. The monkey was obviously trained, it had to hit its mark and do its thing at the perfect time. But what inevitably began to happen was, we all had choreographed bits and timed out and it would get messed up because the monkey did not do its job right”. David continued and said, “So we would have to reset and do it again because the monkey did not get it right. This kept happening and happening while we are about to do something really funny, but the monkey did not hit its mark, so we had to start again”.

READ | FRIENDS Reunion: Joey says 'I got chills' seeing the set after 17 years, Rachel in tears

David Schwimmer also explained what would happen while Marcel the monkey would be resting on his shoulder. He said, “The trainer would come up and just give the monkey live grubs to eat. “So the monkey would be sitting on my shoulder, take some grubs, like break them in half these squirming live grubs, and then he would just go like that (place its hands on David’s face and hair)”. David concluded by saying, “I would have monkey grubby hands all over. It was time for Marcel to **** ***”.This confession brought in a wave of laughter and special continued.

READ | FRIENDS reunion: Reese Witherspoon reveals her reaction to Joey's 'How You Doing'
READ | FRIENDS special: Did you know FRIENDS had an Indian version that aired in 1999?