FRIENDS Reunion: FRIENDS Deleted Scenes That You Might Have Never Seen Before; Watch

Friends reunion release date has been finalised and here are some deleted scenes from the show, you would love to watch. Read ahead for more. 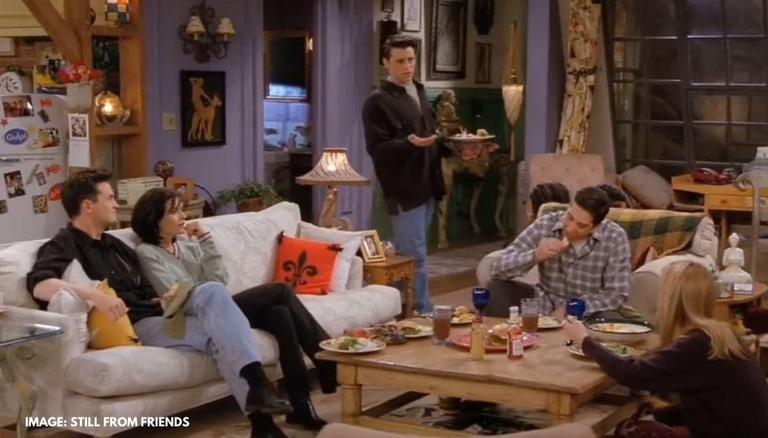 
Friends Reunion episode will be airing today and fans are super-excited ever since the announcement happened. Fans of the popular sitcom might have watched each episode of the show more than a hundred times and there might be possibilities of them remembering the dialogues by heart. Check out some rich-content deleted scenes of the show, as you gear up for the reunion.

The one where Joey and Phoebe pack things

Right before Monica and Chandler move to Westchester County, New York, Joey and Phoebe help them pack stuff. One of the deleted scenes on the show is when Chandler and Monica go to the hospital to get their baby and Ross is unaware about it. Phoebe suggests Joey tell Ross about it, but he says Ross might be getting yelled by Rachel and he does not want to be in Ross’ place. However, Ross enjoys some leisure time with Rachel.

The one where Monica and Chandler become parents early

Monica and Chandler, before moving to the country side, become parents through surrogacy and surprisingly, the babies arrive early. In one of the deleted scenes, Monica and Chandler discuss how excited they are, to be parents of a baby three weeks early. They accidentally enter a room where a woman is delivering a baby and get nervous about becoming parents

READ | FRIENDS Special: The ultimate FRIENDS quiz to know how much you know the characters

The one where Joey lies

In another Friends Deleted scenes, Joey and Mike welcome Monica and Chandler and their babies but Monica is more worried about the pink stain on her couch. She questions Joey about it and he blames it on Mike, but when he turns around, the pink stain on his pants speak for itself.

READ | FRIENDS REUNION: Do you know the show originally had a completely different name?

Before Monica and her family move to country side, Joey helps them pack and also plays with the little babies. Chandler teases Monica by testing her if she knows her babies well. Monica and Chandler become parents to a baby boy and a baby girl, and Chandler tries to test if she can identify her babies without looking into their diapers.