FRIENDS Reunion: 'I'll Be There For You' Almost Did Not Make It As The Theme Song

FRIENDS theme song I'll Be There For You was not the initial choice as the title track of the show and it almost did not make it. Read ahead to know more. 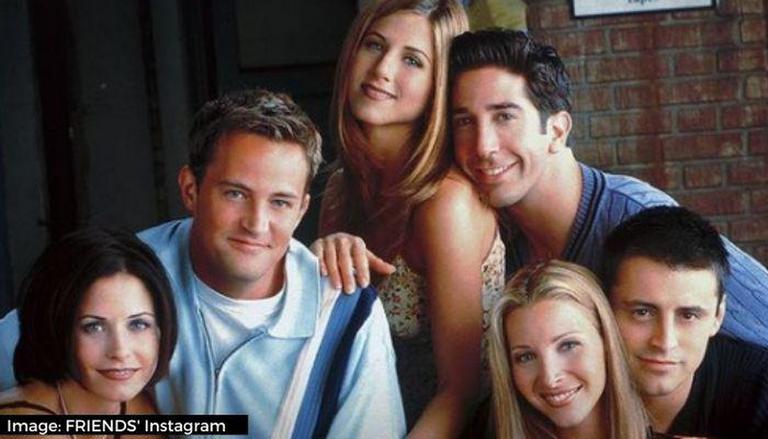 
The 1994 cult-classic sitcom FRIENDS has become synonymous with its title track I'll Be There For You which is sung by the band called The Rembrandts. Each episode of the show opens with this song and fans have gotten attached to it as well. In what comes as a surprising piece of news for the fans of FRIENDS, this was not the initial choice for the theme song of the show. REM's Shiny Happy People song was almost chosen as the title track.

According to a report by The NZ Herald, an old clipping of The Rembrandts singer Danny Wilde's interview is doing rounds on social media. In the clip, it is revealed that before their song, other tracks were also in consideration. One of them was REM's Shiny Happy People by REM. But the band did not seal the deal to have their song as FRIENDS' title track. Interestingly, the pilot episode of FRIENDS opens with this song. The episode is titled Friends Like Us. And this how, The Rembrandts' I'll be There For You went on to become the show's theme song which has gone on to become a huge hit.

The highly-anticipated FRIENDS Reunion premiered on May 27, 2021. In the trailer of the show shared by HBO Max, the main cast members of this iconic show Jennifer Aniston, Courteney Cox, Lisa Kudrow, Matt LeBlanc, Matthew Perry and David Schwimmer, have come together to reminisce the days when they were shooting. They all visit the sets of the show and share their favourite memories as well.

Matthew Perry and Matt LeBlanc also recreate one of their funniest moments of sinking into their favourite chairs in their apartment. At several points in the trailer, they all get emotional over the overwhelming love they received from the fans. Jennifer Aniston also said that they all became 'best friends' through the show. The caption of the trailer read, "Friends: The Reunion | Official Trailer Picture this: The year is 2002, it’s Thursday night, and you rush home to catch the latest episode of Friends. Now get ready for it to happen all over again. Friends: The Reunion is streaming May 27 on HBO Max." Indian viewers can watch FRIENDS Reunion special episode on Zee 5.

READ | FRIENDS reunion: When Matt LeBlanc pranked Courtney Cox on the sets of the show