From ‘Mumbai Diaries: 26/11’ To ‘Lucifer’ Season 6, Here Are The OTT Releases For The Week

The list of upcoming titles releasing on OTT platforms this week is endless. Here are the latest shows, 'Mumbai Diaries: 26/11', 'Maestro' and much more. 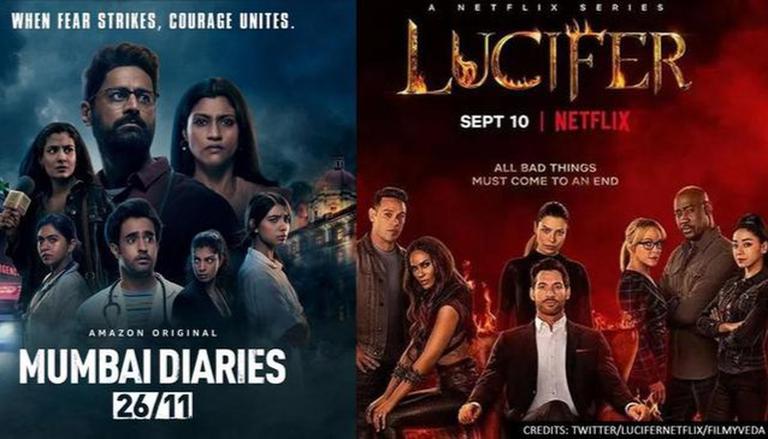 
The online streaming platforms are one of the most convenient ways of consuming content as several series and films will have an OTT release this week. The list of upcoming titles releasing on OTT platforms is endless. The list includes Mumbai Diaries: 26/11, Lucifer Season 6, Maestro and many more.

OTT releases for the week

The show will be released on Netflix on September 7. It will be based on the life of Mardy Fish and his journey of overcoming the psychological impact the 2012 US Open quarterfinals had on him. The show will revolve around his struggle with mental health issues and how he overcomes and helps other athletes deal with anxiety.

Into the Night Season 2

Created by Jason George, the web series will be released on Netflix on September 8. The show will be based on The Old Axolotl, which is a sci-fi novel. The series will follow the passengers on a hijacked flight as they try to outrace the sun.

Directed by Alexis Weak, the film will hit the digital screens on September 8 via Netflix. The film is all about two youngsters who are divided by class and cultural barriers. What will happen when the two join the same high school class? The film stars Magnus Krepper and Marika Lagercrantz.

The much-awaited Amazon Prime Video release will be out on September 9. Starring Konkona Sen Sharma and Mohit Raina, the series will be based on the unfortunate 26/11 terrorist attacks in Mumbai. The series will focus on how the first responders, medical staff and doctors dealt with the situation.

The Zee5 web series will be released on September 10. The Telugu series will see Avika Gor, Rahul Ramakrishna and Praneeta Patnaik take on pivotal roles. The series will follow a married man who signs up to watch a young woman’s personal life through hidden cameras, however, what happens next lands him in a world of trouble.

This film has been the talk of the town for a while and will finally be released on Amazon Prime Video on September 10. The Telugu drama will star Nani, Ritu Varma, Aishwarya Rajesh and Jagapathi Babu. It will be helmed by Shiva Nirvana.

The film will be released on Zee5 on September 10. It will be a sci-fi film and will also include hints of comedy. The Tamil film will star Santhanam, Anagha and Shirin Kanchwala.

Last but definitely not least the much-awaited season 6 of Lucifer will air on Netflix on September 10. This season will follow the devil, who relocates to Los Angeles. There, he forms a connection with a detective and also opens his own nightclub.