From 'Sherni' To 'Dom', Check Out The Upcoming Releases On Amazon Prime Video In June

From 'Sherni' to Amazon Original 'Dom', check out the upcoming shows of Amazon Prime Video that will be available for streaming in the month of June. 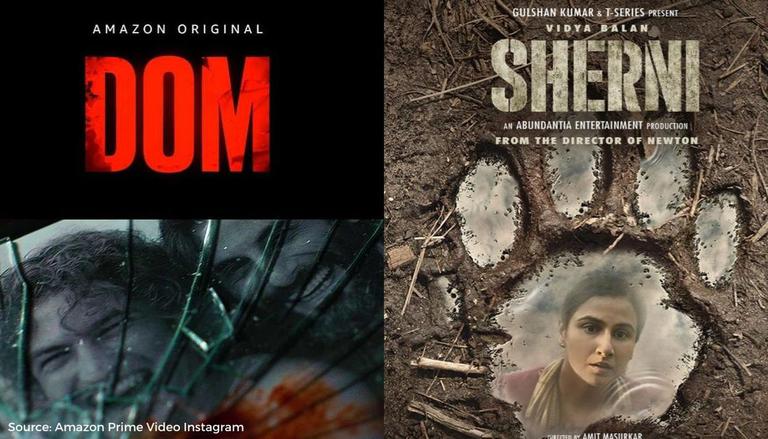 
Amazon Prime Video is one of the most popular streaming platforms in India and has released many TV shows and films which have done well in the box office. Every month the streaming platform puts out a plethora of content and entertain its viewers with movies and shows in varied genres. In the month of June also, Amazon Prime Video will stream many English as well as Indian shows and movies. Here is a list of all the new Amazon Prime releases that will be available in June.

Vidya Balan starrer Sherni is set to release in the month of June, although the exact date of release is yet to be announced. The film revolves around a forest officer played by Balan who wants to strike a balance in a world of man and animal conflict.

Popular DC show Legends of Tomorrow Season 1 to Season 6 will be available for streaming in Amazon Prime Video in the month of June. The show stars Caity Loitz, Amy Louis Pemberton, and Dominic Purcell in the lead roles.

Just like Legends of Tomorrow, Gotham is also among the Amazon Prime June release that will be available for streaming in the month of June. The show garnered praise from the fans and stars David Mazouz, Ben McKenzie, Donal Logue in the lead roles.

The Tomorrow War is an action science-fiction movie that stars Chris Pratt, J.K Simmons, Yvonne Strahovski, and some other actors in the lead rols. The movie will have time travel and alien invasion as a part of the storyline and is set to premiere in Prime video on June 2.

DC’s popular TV series Arrow will also be available in Amazon Prime Video from this month. The show follows the story of the superhero Green Arrow and stars Stephen Amell, Katie Cassidy, and others in the lead roles.

The Portuguese series Dom will premier in Amazon Prime Video on June 4 with the first season. It follows the story of a police officer who is fighting a war against drugs and trying to save his son from its clutches. The show stars Gabriel Leone, Flavio Tolezani in the lead roles.

The first season of Clackson Farm is also among the Amazon Prime June releases and will be available for streaming from June 11 onward. The story is of Jeremy Clarkson who leaves the fast life in order to run his farm but that too is full of problems. The show stars actors like Jeremy Clarkson, Kaleb Cooper, and Lisa Hogan.

The second season of the documentary series El Corazon Sergio Ramos will release on Amazon Prime on June 18. The show follows the story of Sergio Ramos who was the captain of The Spanish National Team and Real Madrid.