How Many Episodes Of 'Startup' Are Available On Netflix? Find Out

How many episodes are there of the Startup? This question has been troubling many fans of the show that recently began streaming on Netflix. 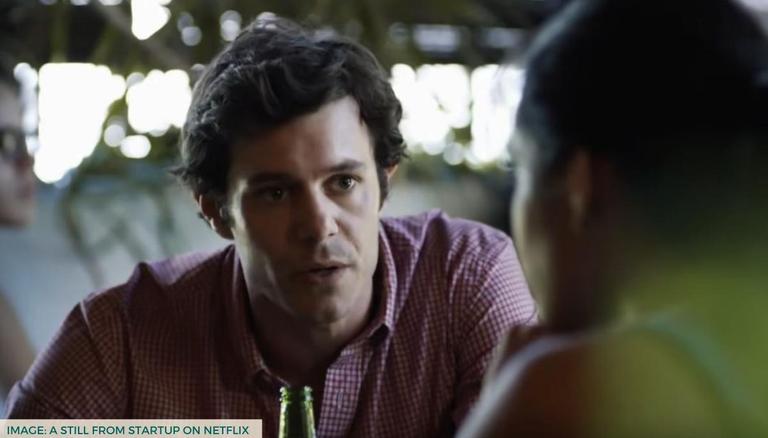 IMAGE: A STILL FROM STARTUP ON NETFLIX


Netflix’s recent decision to start streaming Startup has been a fruitful decision. The show recently began streaming on the platform and has already become a hit amongst the masses. The Adam Brody and Martin Freeman starrer series deals with rookies inventing a new kind of cryptocurrency. The show’s stellar content has carved its place in the hearts of the audience. So how many episodes are there of the Startup on Netflix? Find out below.

How many episodes are there of the Startup on Netflix?

The boom of the digital streaming industry is a recent development. Before OTT, television screens across the globe have witnessed several iconic shows and TV films. Now, many platforms like Netflix and Amazon Prime Video have decided to stream these shows. Netflix’s latest addition to this list was the Adam Brody starrer show, Startup.

This new tech idea about cryptocurrency lands the three on the darker side of business. Their tech idea soon catches the attention of an unlawful FBI agent named Phil Rask. Phil is ready to go to any lengths to take down the three tech entrepreneurs. Lord of the Rings fame Martin Freeman essayed the role of Phil Rask in Season 1 and 2 of the show.

READ | Charlize Theron, Kerry Washington's look in Netflix's 'The School for Good and Evil' out

Number of episodes of Startup available on Netflix

This cryptocurrency-based show premiered on the small screen in 2016. The show’s second season then premiered in 2017. The series was then renewed for its third season and it premiered in 2018. Since then there has been no update about the show. Startup premiered on Netflix only in 2021. Now that all the seasons of the show are available on Netflix and have received a stellar response, show creators might soon make a statement about its fate. Every season has 10 episodes. Hence currently there are 30 episodes of the show available on Netflix.

Many shows in the past have been renewed after the response they received via streaming services or by the show’s fandom. The best examples of this statement can be Money Heist and Brooklyn Nine Nine. So it will be interesting to see if Startup gets renewed for Season 4 or whether fans will have to say goodbye to the show after binging on its three seasons.

READ | What time does 'Army of the Dead' release on Netflix? Check out all details

IMAGE: A STILL FROM STARTUP ON NETFLIX