How To Watch Marvel's M.O.D.O.K.? Know Everything About Hulu's Original Series 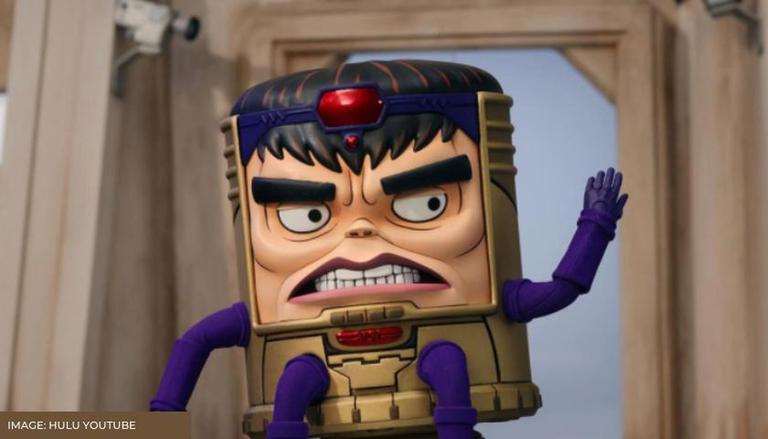 
Based on the titular Marvel Comics character M.O.D.O.K., a ten-episode series released on streaming platform Hulu on May 21, 2021. The show stars Melissa Fumero, Aimee Garcia, Wendi McLendon-Covey, Ben Schwartz, Beck Bennett, Jon Dayl and Sam Richardson. And, ever since the series is available on Hulu, fans can't wait to watch it. While the series has hit the streaming platform, a section of fans are curious to know on how to watch Marvel's M.O.D.O.K. Here's all you need to know about the series and how can you watch it for free.

As mentioned earlier, the series is exclusively available for Hulu subscribers. But, if you haven't subscribed to the streaming platform, you can register your subscription on Hulu and get a free one-month trial which will allow you to view the series starting Friday. As per Hulu, following your 30-day trial, the regular monthly cost is $5.99/month ($59.99/year) with ads or $11.99/month without ads. All 10 episodes of the series will land on the platform on Friday, May 21 at 3 AM ET / 12am PT.  Note, except for Hulu, if any other link or platform streams the ten-episode series, it will be considered pirated, which is illegal.

The official synopsis of the series reads, "In Marvel’s M.O.D.O.K., the megalomaniacal supervillain M.O.D.O.K. (Patton Oswalt) has long pursued his dream of one day conquering the world. But after years of setbacks and failures fighting the Earth’s mightiest heroes, M.O.D.O.K. has run his evil organization A.I.M. into the ground. Ousted as A.I.M.’s leader, while also dealing with his crumbling marriage and family life, the Mental Organism Designed Only for Killing is set to confront his greatest challenge yet."

Along with Patton Oswalt, Marvel’s M.O.D.O.K. voice cast has Aimee Garcia, who voices the supervillain’s wife, Jodie Tarleton. Ben Schwartz is his socially awkward 12-year-old son, Lou Tarleton. Melissa Fumero is the main character’s popular 17-year-old daughter, Melissa Tarleton. In the trailer, the audience witnessed that M.O.D.O.K. is on a mission to reclaim his family and destiny to rule the planet. But to achieve his goal he has to fight several superheroes, including Iron Man. A glimpse of the villain teleporting itself to Asgard is also seen. Besides his family issues, the lead character's business is also failing.