Huma Qureshi quipped that a team that "laughs a lot works the best together" and does not believe that an intense series requires an intense atmosphere. 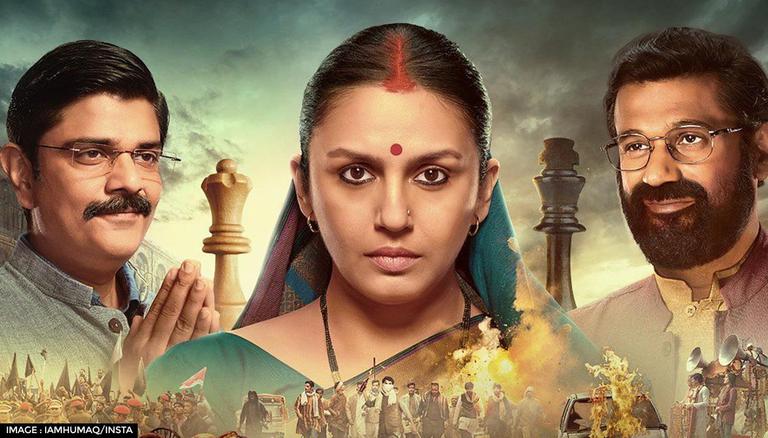 
The second season of the Huma Qureshi-fronted series Maharani began streaming from August 25 on SonyLIV. The first season of the show featured the Gangs of Wasseypur star in the role of Rani Bharti, a village woman who is handpicked to become the chief minister of Bihar. However, the second season of the series has created a buzz on the internet. Recently, Huma Qureshi shared a behind-the-scenes video from the making of her show, Maharani 2 on her Instagram handle.

Taking to Instagram, the actor shared various scenes of the shoot at different locations from the sets of Maharani 2. The actor quipped that a team that "laughs a lot works the best together" and does not believe that an intense series requires an intense atmosphere for it. In the video, Huma can be seen laughing and clapping her hands with the writer, Subhash Kapoor. Moreover, the actors in the series were seen playing football in the short video. Meanwhile, Huma can be heard saying, “Jitne dialogues likhe the, sir Season 1 mai likhe the utna bol paati toh aaj mai kaha hoti".

Sharing the video, Huma wrote, "When #SubhashSir has me on camera admitting that despite all the love you guys are sending my way .. I could not do justice to the amazing writing of #Maharani . Koi nahin, Season 3 baki hai Sir … #RaniKaBadla".

For the unversed, Maharani 2 will see Rani Bharti (Qureshi) reign and establish a fair administration for the citizens of her state. Maharani is produced by Kangra Talkies and directed by Ravindra Gautam. Subhash Kapoor and Nandan Singh serve as showrunners and writers of the show. The series also stars Sohum Shah, Amit Sial, Vineet Kumar, Inaamulhaq, Kani Kasturi, Anuja Sathe, Pramod Pathak, and Neha Chouhan. Season one of Maharani premiered on May 28, 2021.

READ | 'No scenario where films won't be made': Pallavi Joshi reacts to 'Boycott Bollywood' trend