'I Tamed A Tyrant And Ran Away' Spoilers: What Does The Lead Character Do For Revenge?

Recently the Korean Manga series 'I Tamed a Tyrant and Ran Away' has gained popularity among manga lovers. Here are some spoilers from the story.

In recent days, the Korean language novel I tamed a Tyrant and ran away has been trending on Twitter. The new novel is a drama-fantasy-romance story that has left many fans in awe and wanting more. A report in 365manga.com reveals that the novel is scheduled to have a total of 155 chapters and has been written by the author Yusoi. The novel was released in 2020 and so far only 20 chapters of the novel are available. Read on to know I tamed a Tyrant and ran away spoilers.

Read | Where to watch 'As the Gods Will' in India? The official adaptation of Japanese manga

I tamed a Tyrant and ran away spoilers

So far the novel has gotten a whopping 4.1 out of 5 stars. The chapters are being released on a weekly basis. The summary of the story on 365 manga reads:

God gave me a chance to relive my life. Before the rebirth, I had been used for the past 400 years as the empire’s sword. And so, I swore to destroy the empire. I found the young prince of the country and became his teacher. I taught him how to become a tyrant and asked for the country. “I will do the lady’s will.” He conquered the whole empire for me, and I ran away. “I came to take you, Charlize Ronan.” Dylan became a perfect tyrant and searched the entire empire for me. “You tamed me, so why did you run away?”

Here are I tamed a Tyrant and ran away spoilers

Many reviewers took to the website, NovelUpdates.com to share their thoughts on the released chapters. One reviewer named Tasaa stated in her review that she found Charlize, one of the lead characters of the story, extremely narcissistic. She had tried to seduce the male lead with her looks because she knows all too well that she’s pretty. As expected the male lead goes for it and there isn’t much else as to why he falls in love with her and becomes so attached to her. 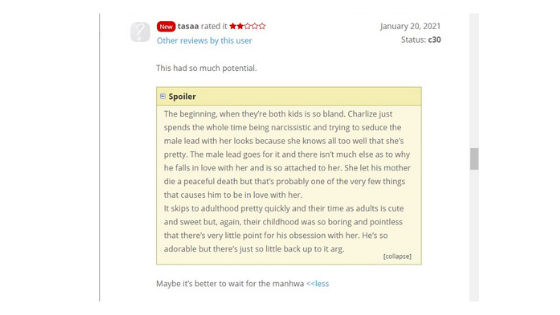 Charlize also lets his mother die a peaceful death but that’s probably one of the very few things that causes him to be in love with her. The story takes the leap and skips to adulthood pretty quickly according to the reviewer. Another reviewer named Skite revealed that while I tamed a Tyrant and ran away is definitely worth reading, there are quite many plot holes. She reveals that the lead is a 400+-year-old, nigh indestructible, god-level swordsman and magic-user. She has beyond genius mental capabilities, and gorgeous good looks combined with an indescribable aura. Her aura and influence make people want to take her seriously. Charlize also hates the Empire and the Emperor and wants both destroyed completely. 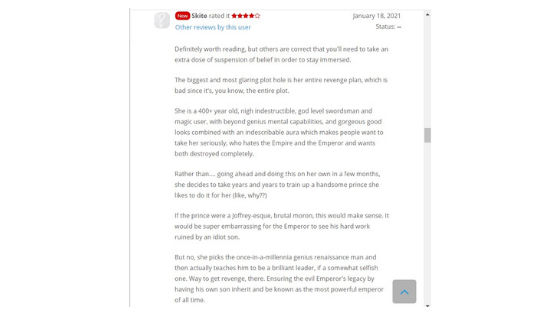 Read | If you loved 'Alice in Borderland', here are some manga-based live action dramas to watch

Charlize decides to take years and years to train up a handsome prince. The reviewer reveals that the lead picks the once-in-a-millennia genius renaissance man and then actually teaches him to be a brilliant leader if a somewhat selfish one. The plot gets more twisted when she tries to destroy the evil Emperor's legacy by having his own son inherit and be known as the most powerful emperor of all time.

Here's how netizens reacted to the new manga

WHEN THE VILLAINESS LOVES IS SO CUTE and i belong to house castiello is good so far but i didnt finish yet!! by stereotypical romance do you mean: The Stereotypical life of a reincarnated lady?

everything was a mistake, the maid and the vampire (i just dont like vampires but the plot is nice) the villainess lives twice, lady baby, i tamed the tyrant then ran away, reminiscence adonis, the tyrant’s first love, this is an obvious fraudulent marriage OK IM DONE HELP

royalty stuff like college student empress, survive as fhe hero’s wife, villainess maker, empress of another world, the abandoned empress, who made me a princess, the emperor’s daughter, beware of the villainess, virtues of a villainess wait i have more

reason why raeliana ended up at the duke’s mansion (this is rlly good) , why are you doing this duke? light and shadow, la dolce vita adelaide?? i think? ðŸ˜­ as you wish prince (this is good) the justice of villainous woman, the ex girlfriend of a soldier um wait

Source: I tamed a Tyrant and ran away spoilers (NovelUpdate site)