If You Love 'Dash & Lily', These Romantic Shows And Movies Will Surely Interest You

The much-awaited Netflix original romantic comedy, Dash And Lily, has finally debuted on Netflix. The unconventional young-adult romantic series is based on the book Dash & Lily’s Book Of Dares. The source material has been co-penned down by Rachel Cohn and David Levithan. The series, as the title suggests, follows Dash And Lily. Fate and luck plays a major role in the film as a chance encounter between Dan and what is known as “The Book Of Dares” leads to an unconventional romance.

Dash And Lily is a well-directed feel-good series and has perhaps arrived just in time for the year-end festivities. Albeit the Dash And Lily plot is a little unconventional, it provides a healthy distraction from the current times.

If you’re someone who is thinking about what shows and movies based on books to watch in the coming long weekend, here is a curated list that contains shows and movies like Dash and Lily that you might like: 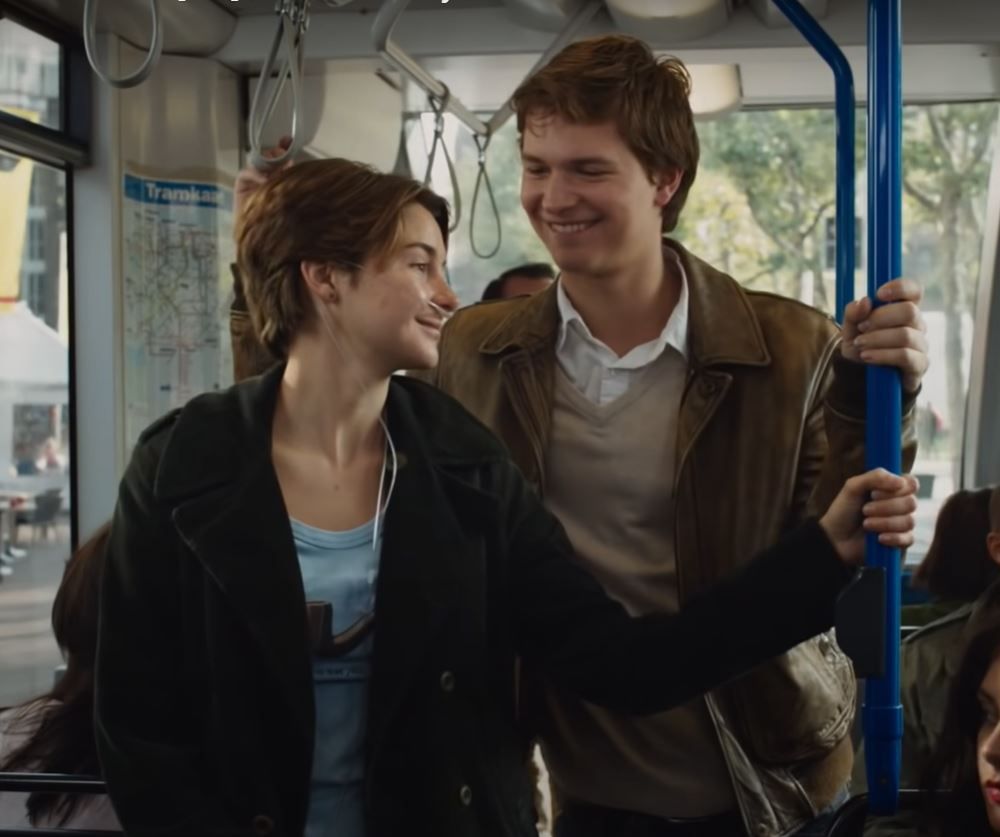 One of the themes that can be observed in Dash & Lily is that of going out of their comfort zone for the ones they care for and adore and that of destiny bringing two people together. One can definitely say that these two themes are a part of Netflix's original and this 2014 film. The Fault In Our Stars (Or TFIOS) is a book that is written by John Green and so far, it has been made into two movies. One is the 2014 film of the same name and the other one being Mukesh Chhabra’s Dil Bechara.

2) To All The Boys I've Loved Before 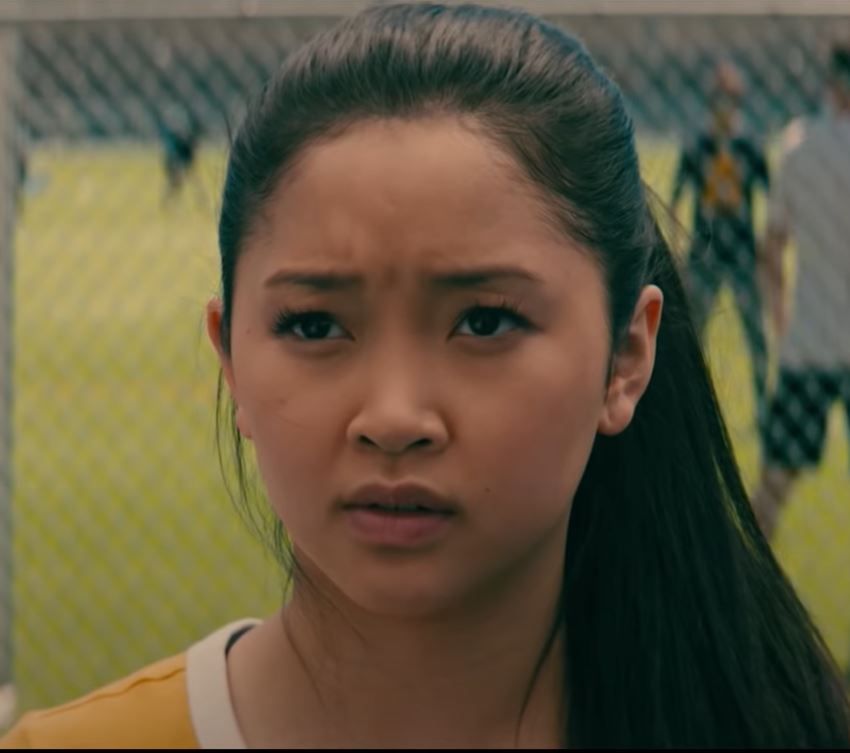 To All The Boys I Have Loved Before is a 2018 Romantic Netflix Original film that has come out of the pages of Lara Jean’s book of the same name. The story is about its central character (Lana Jean) and the havoc that gets wreaked in her life after her secret confessional letters reach her crushes. Much like Lily, Lana is an expert penwoman. The film in general, just like Dash & Lily, is peppered with perfectly timed situational comedy and comedy of errors. 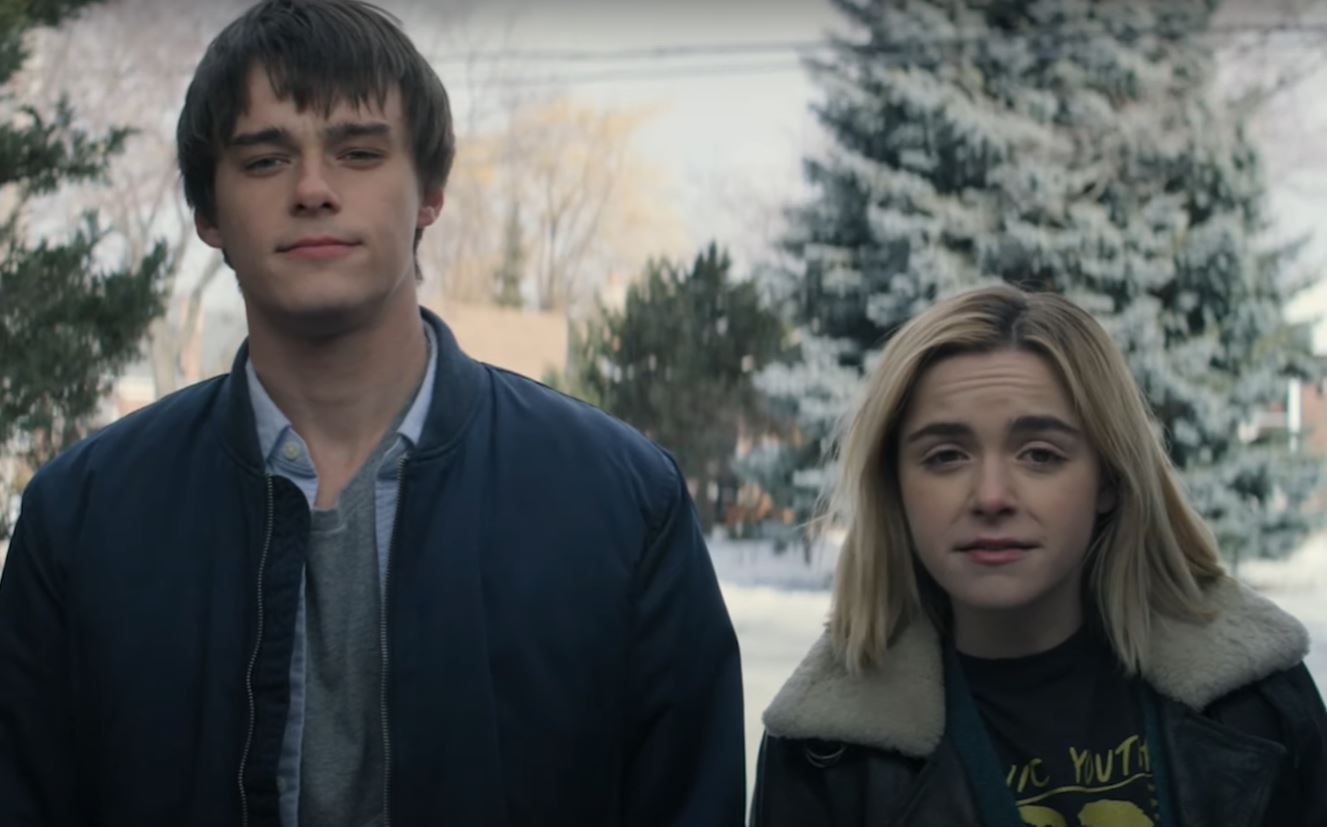 Let It Snow is a 2019 Netflix Original Movie that also has come out of the pages penned down by John Green (The Fault In Our Stars). The film is a combination of three intertwined storylines that progress in the fashion of Love Actually. Netflix’s 2019 Christmas movie offering, just like Dash & Lily, is a very well-directed and colour graded film that has a feel-good feeling to it.

Also Read: Priyanka Chopra Jonas Shares The First Look Of 'We Can Be Heroes' With A Sweet Note 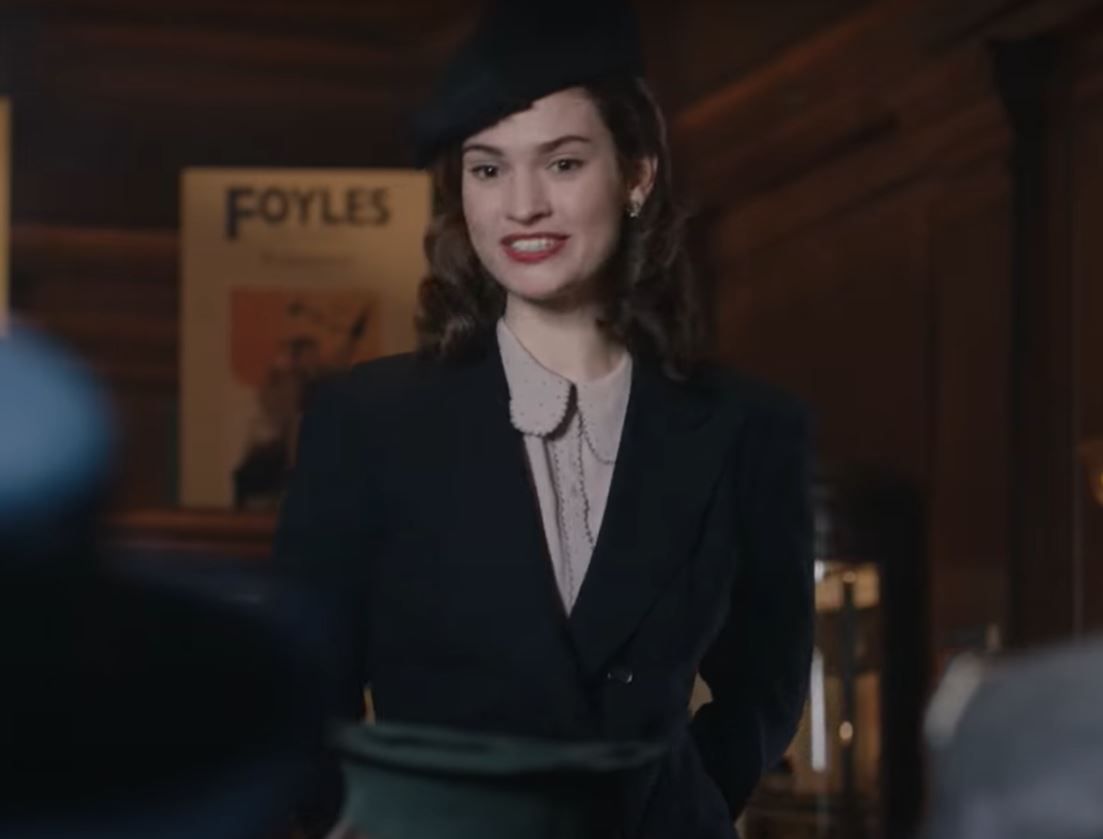 Throughout the series, Dash & Lily are seen exchanging letters through one single book and as the series progresses, one can see that the two are forming ideas about each other. The Guernsey Literary and Potato Peel Pie Society is very much executed in the same manner. In the case of the 2018 film, all of the island of Guernsey during the World War 2 Era is Equivalent of Dash to the main protagonist, Juliet Ashton’s Lily. Coincidentally, the name of the actor that plays Juliet is Lily as well. The movie has been adapted from the novel of the same name. The novel has been written down by Mary Ann Shaffer and Annie Barrows. 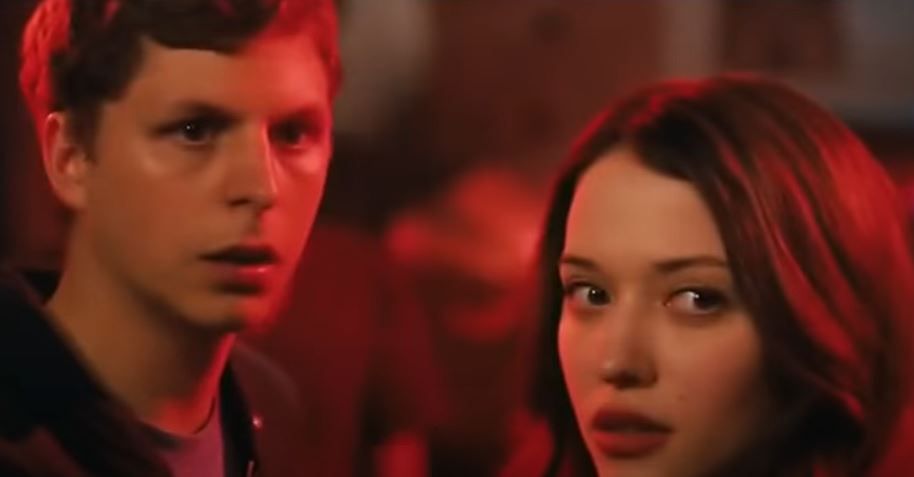 Adding to the list of shows and movies like Dash And Lily, Nick & Norah’s Infinite Playlist is about two friends who pretend to be romantic partners in order to ward off other people. Little do they realize that by doing so, they are setting up for the best night of their lives. As the film progresses, the film packs a feel-good punch and the effects of the same remain with the viewer long after they are done watching. Apart from sharing the feel-good factor, one more thing that this film and Netflix’s Holiday offering have in common are their masterminds. Rachel Cohn and David Levithan, the authors or Dash & Lily’s source material, are responsible for the book that inspired that Kat Dennings-starrer as well. The two even share a few similarities to the lead Dash and Lily cast members. 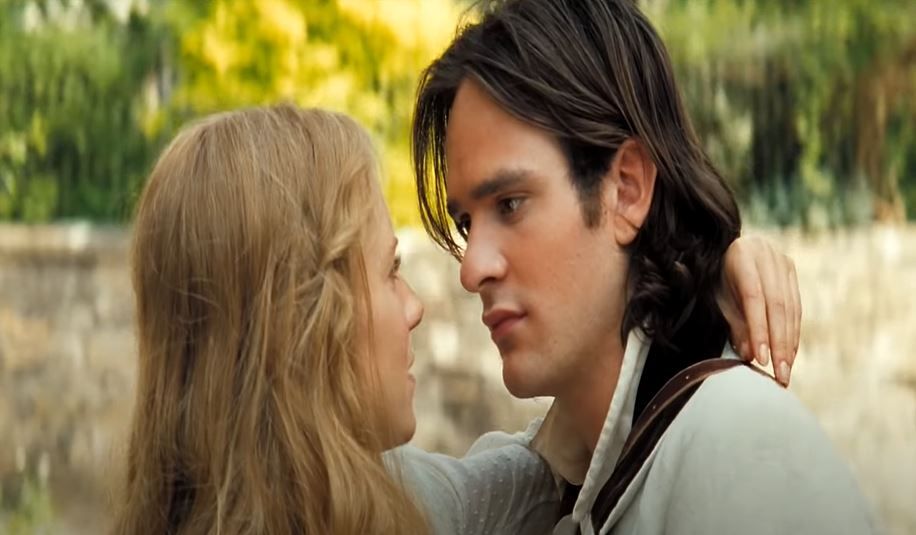 The individual adventures that Dash And Lily cast members have on their own is something that one could potentially call life-changing. That is one common thread between Dash & Lily’s episodic saga and Stardust. Except, in the case of the latter, the scale of the adventure for its male lead (Tristan, played by Charlie Cox) has the scale of a fantasy novella. One can expect something like that if a book by Neil Gaiman is turned into a movie. 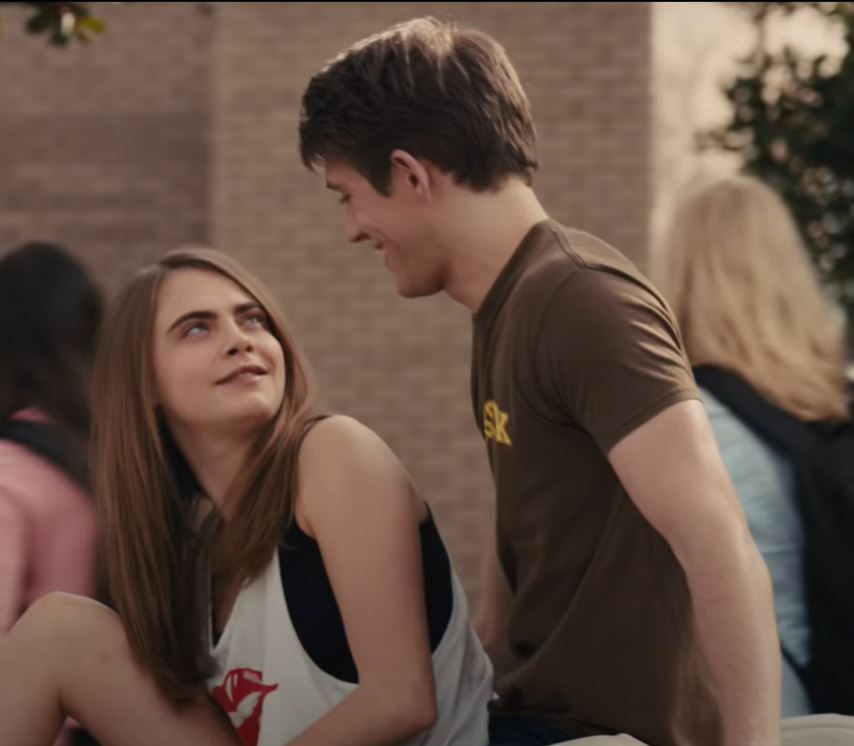 Another addition to the list of shows and movies based on books is Paper Towns. Paper Towns is a 2015 movie about two people, Quentin and Margo Roth Spiegelman. Much like the leads of Dash and Lily, the film is about how opposites attract. In Paper Towns, the adventurous Margo (played by Cara Delivingne, Carnival Row) suddenly disappears after taking the peace-loving Quentin on an adventure he can never forget. The hunt for Margot is the plot of the remainder of the film. 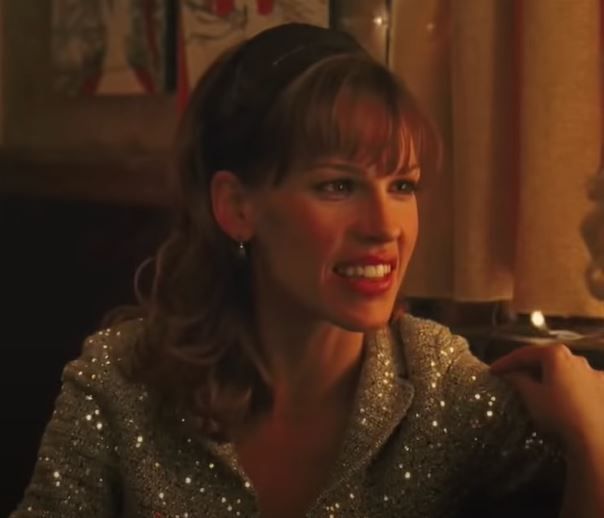 Gerard Butler and Hilary Swank’s collaboration may be dipped into a little bit of tragedy, but there is one clear parallel that can be drawn between the Netflix show and this. One character from both these storylines deal with hard feelings related to a not so positive event that happened in their lives and eventually find strength and reason to keep going in the form of written word authored by the significant other. 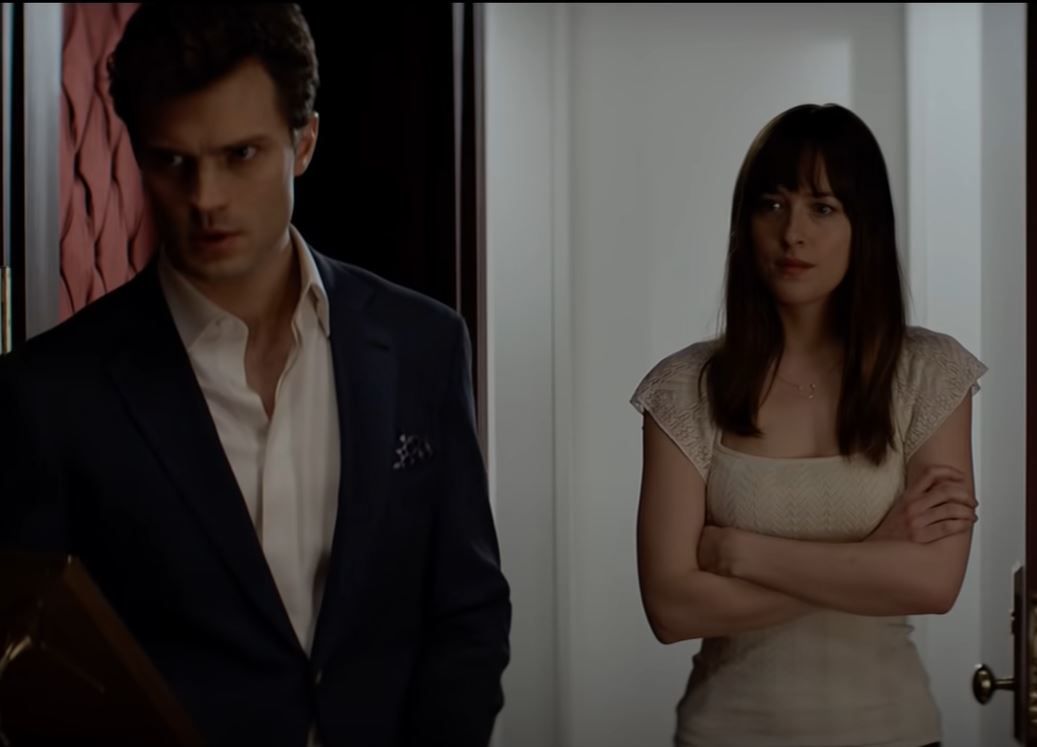 The 2015 Drama and Romance feature, much like Dash & Lily, is all about opposites attracts. One is a hopeless romantic, the other is a little alien to the concept of the same. This film is adapted from the novel that goes by the same name. All the three books have been turned into films, although the trilogy is a little bit on the edgier side as compared to Dash & Lily. In Dash & Lily, infatuation and the eventual fondness for each other predate their actual in-person meeting. This is very much what is happening in Zac Efron and Taylor Schilling’s The Lucky One too. The Lucky One is about a military man who carries the picture of a beautiful woman smiling as his lucky charm. He then later tracks down the woman and starts a relationship with her. Up until the meet, the audience is left yearning for the two to meet.