Neha Sharma is ready to take on a new set of challenges as the 'Mad lawyer' Niharika Singh in the second season of courtroom drama 'Illegal 2'. Read on. 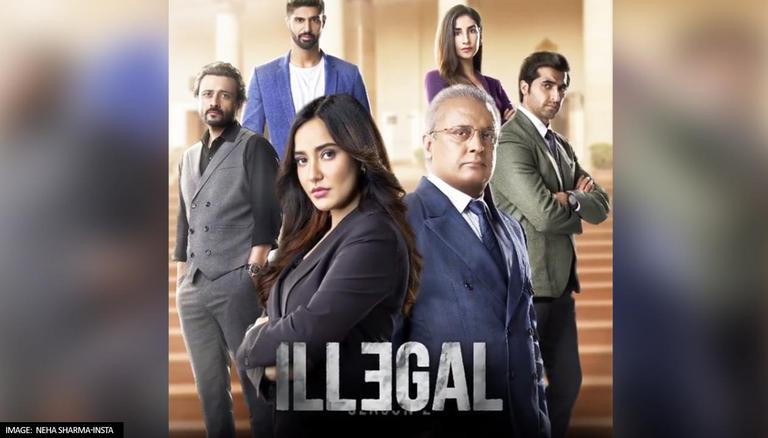 
Actor Neha Sharma took to her social media to announce the release of the trailer of her upcoming courtroom drama series titled Illegal 2. After the massive success of the first season which also garnered critical acclaim, the second season is set to showcase a square-off between the two lawyers in a bid to attain power.

Taking to her Instagram on Tuesday, November 16, the actor shared the exciting trailer of the forthcoming series Illegal 2. She also announced the release date on the OTT platform Voot Select as she wrote, ''The wait is finally over. #Illegal2OnVoot: Streaming on @vootselect from 25th November.'' Along with Neha Sharma, the show stars Akshay Oberoi, Satyadeep Misra and Tanuj Virwani. It is directed by Ashwini Chaudhary and produced by Juggernaut productions.

Talking about the trailer, the short clip provides a glimpse into the battles to be fought by Niharika Singh, played by Neha Sharma, in the court as well as outside it. This season, Niharika will not only have to face off the obvious enemies posing a threat to her career but also the hidden villains with ill intentions masked as allies. The trailer also showed the intense showdown of Niharika Singh with her former mentor-turned-arch rival Janardhan Jaitley, played by seasoned actor Piyush Sharma.

Eyeing the post of Chief Minister, Jaitley is set to leave no stone unturned when it comes to clearing his path to power with any means necessary. The biggest threat that the veteran lawyer will face is the young Niharika Singh who is deadset on establishing her own law firm. He is seen, in the trailer, plotting to make her powerless.

The previous season touched upon the topics like sexual harassment and the death penalty and received critical acclaim for its execution. This season promises to dive deeper into the dirty politics of power and money and the tangles world of law and big businesses.

The actor was last seen in the drama film Aafat-E-Ishq along with Garima Jain, Amit Sial and Deepak Dobriyal. She is all set to appear in the upcoming romantic drama Jogira Sara Ra Ra directed by Kushan Nandy.

WE RECOMMEND
Hrithik Roshan impressed with Neha Sharma's performance in 'Illegal', Here's what he said
Nawazuddin Siddiqui's movies that made to the Cannes Film Festival
Monkey uses dried up leaves to save water after quenching thirst
When Nawazuddin Siddiqui's ex gf Niharika Singh said she was 'clueless' about his marriage
Anwar Ka Ajab Kissa review: The Nawazuddin starrer gives an essence of rawness
Listen to the latest songs, only on JioSaavn.com