In 'The Dark' Season 3 Episode 1 Review: Netizens Express Their Surprise Over The Twists

In 'The Dark' Season 3 Episode 1 reviews by the Twitterati is here for all those who would like to find out what to expect from the same. Read on for more 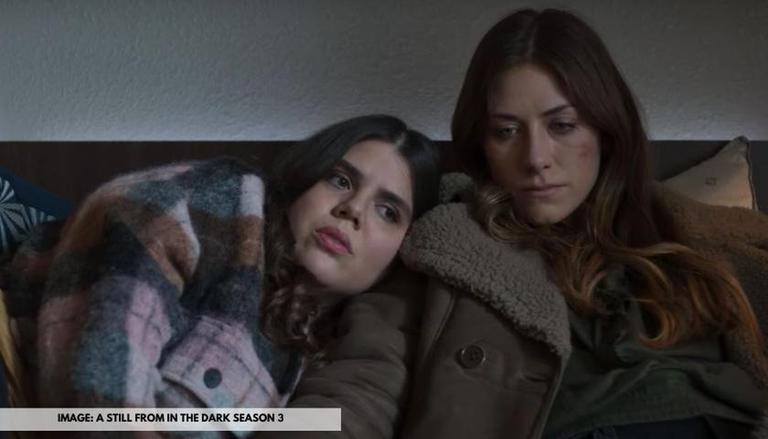 Image: A still from In The Dark Season 3


In The Dark Season 3 Episode 1 review(s) by the viewers themselves have finally made it online. Some of the netizens, while sharing their In The Dark Season 3 Episode 1 review, have spoken about the themes that were touched upon in the episode. Some other members of the Twitterati, on the other hand, have spoken about the individual performance that one can see in the episode in question. All of the same has been done in the Twitterati's unique way by the way of memes and jokes. Some of those opinions on the premiere episode of In The Dark season 3 can be found below.

The Twitterati reviews In The Dark Season 3 Episode 1:

she’s on her way TO the woods #InTheDark pic.twitter.com/c43WYcZLex

"You guys can relax. Whatever it is you're running from, no one's gonna be able find you now. You're gonna be just fine." - Short haired woman

Are they going to Alaska just like Jesse Pinkman did in Breaking Bad?#InTheDark pic.twitter.com/YrHUFJkvcp

I'm digging the chemistry between Gene and this cop. I see you, Gene. #InTheDark pic.twitter.com/yP8UKvPsVG

this season is gonna be W I L D #inthedark pic.twitter.com/4IHPSlFa1N

In all that open space, Josh finds a button in the middle of nowhere. #InTheDark pic.twitter.com/31tT42wqRL

the fact that no matter how much of a bitch murphy is, max can’t ignore her and honestly i couldn’t love it more if I tried #inthedark pic.twitter.com/h2b4CerFvK

THEY LEFT TRACKS?!!!! And they're being loud... I cannot rn #InTheDark pic.twitter.com/ouwk4xrVF7

That flashforward ending, though. 👀 #IntheDark pic.twitter.com/3EU220fJIf

As far as In The Dark season 3 cast list is concerned, the actors that are a part of the third season are the likes of Brooke Markham, who plays Jess Damon, Theodore Bhat as Josh Wallace,  Matt Murray as Officer Gene Clemens, and Casey Deidrick as Max Parish, amongst others. As far as In The Dark Season 3 Episode 2 release date is concerned, the same will be released on 30th June, 2021. More information regarding it all will be shared with the reader as and when they are made available.

READ | 'The Batman' by Matt Reeves at par with Nolan's 'Dark Knight Trilogy': Report
READ | 'The Handmaid's Tale' season 4 director on its parallels with 'I’ll Be Gone in the Dark'
READ | Matt Reeves reportedly tried making 'The Batman' darker than 'The Dark Knight trilogy'
READ | How To Get Dark Reflections Pack free in Fortnite? A detailed, step-by-step guide
READ | Where to sell Trident of Dark Tides? Find out how to obtain and use Trident of Dark Tides