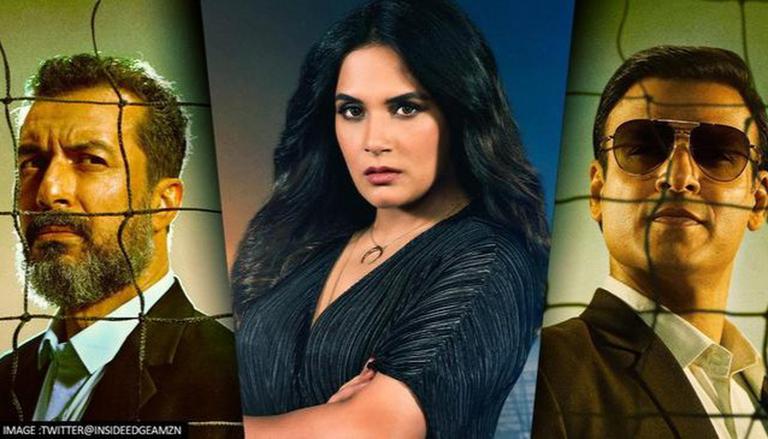 
The wait is finally over as the makers of the upcoming series Inside Edge season 3 have unveiled the character posters from the franchise. After treating fans with the trailer for the third season, the franchise has created a buzz among the fans while becoming an absolute audience favourite. The upcoming series consists of an ensemble star cast including Vivek Oberoi, Richa Chadha, Akshay Oberoi, Tanuj Virwani, Aamir Bashir, Sayani Gupta, Sapna Pabbi, Sidhant Gupta, and Amit Sial in pivotal roles. The third season is directed by Kanishk Varma and created by Karan Anshuman.

This time, with the third season, the game will be played at a higher grandeur and the stakes are on for a bigger game insight between two arch-rivals which will unravel some murkier and newer secrets. So stay tuned for more as the show is all set to premiere on Prime Video this December. The series is all set to premiere on Amazon Prime Video on 3 December. Inside Edge, which premiered in 2017, explores themes of power, money, fame, and the mind games behind the sports scene in the game of cricket.

Actor Vivek Oberoi who plays the role of Vikrant Dhawan, the owner of one of the world’s leading sports management companies, is looking extremely powerful in the poster. He is seen donning formals with sunglasses. The background shows a cricket pitch and an empty stadium. The poster shows a quote written above that read, “Winning isn’t everything, It’s the only thing.”

READ | 'Inside Edge 3' will not feature Angad Bedi; actor says final goodbye to his character

In another poster, Richa Chaddha who will be seen essaying the role of Zarina Malik, a fading actress and co-owner of the team Mumbai Mavericks, looks stylish as she sits on a big chair while posing with attitude against a stadium background. The next poster was of Akshay Oberoi who seems to be playing the role of a sportsperson. In the poster, he can be seen wearing a jersey against a stadium background. The tagline on his poster read, “Public persona, secret life.”

The trailer gives a glimpse of how stakes in the new season are set to get higher, with more money laundering, mind games, and the vicious circle of betting that has a huge impact on the series' plot. The new season's storyline will follow legalizing of betting in cricket to check the black money around it, which the biggies won't let happen for their own selfish motives. The video also shows Vayu (essayed by Tanuj Virwani) will do anything to become the captain of his squad, as two rivals clash on the pitch.

READ | 'Inside Edge' Season 3 Trailer shows the world of betting, deceit and glamour

WE RECOMMEND
Amazon Prime confirms 70 Indian originals in development as viewers break language barrier
'Honsla Rakh' out on Amazon Prime; See Shehnaaz-Diljit fans’ reaction to the rom-com
Amazon Prime Video subscribers on iOS can now share clips from content they watch
IFFI: OTT giants like Netflix, Amazon Prime to be part of 52nd film festival for 1st time
Naga Chaitanya all set to make his OTT debut with Amazon Prime Video
Listen to the latest songs, only on JioSaavn.com