Years after her breakout role in Beverly Hills 90210, actor Jennie Garth reflects on how the show impacted her as a person in her early years. 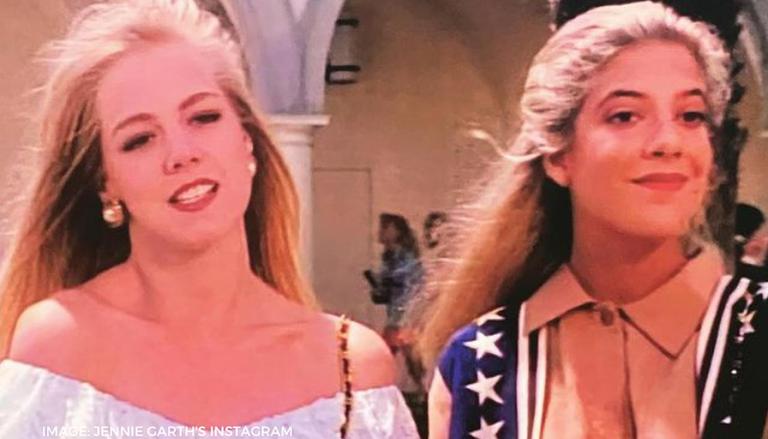 
American actor Jennifer aka Jennie Garth who shot to fame with her role as Kelly Taylor in the immensely popular show Beverly Hills 90210 opened up about her experiences of filming pop culture show that ran for nearly a decade and how those experience has impacted her life during her formative years.

In the new episode of their iHeartRadio 90210MG podcast, Jennie and former co-star Tori Spelling who played Donna in the show addressed the attitudes of certain actors off-camera. "The show brought out a super competitive part of me being in that environment of being judged because of my looks or how I looked in an outfit. It was just a different day and age and it gave us young girls a lot of mixed messages. I, for many years, struggled with it," she said while mentioning that they felt so because of the attitude of the male co-stars, Jason Priestly, Luke Perry, and Brian Austen Green.

The topic came up after a user asked them why do they always shade the guys in their podcast, what did they do to them. To this Jennie explained that these are her recollections and her memories and experiences. She acknowledged that maybe her experience is different from the guys' experience or anyone else's experience.

She also shared that the things that she experienced while filming taught and shaped her and Tori as young girls then and women but not all of it was great. Talking about the toll of being a part of such an environment she said, "As a young girl, maybe I blamed it on the guys too it was all their fault. But it was how I saw it but If I'm honest, I think the show kind of taught me to be threatened by other girls, be threatened by other women and be more competitive because I wanted our costars' approval or attention." However, she admitted that later in life she realised that it was never about the girls and she asked herself why did she think of the girls as her enemy.

The original 90210 series aired from 1990-2000, and Jennie was just 18 when she was cast in the show. Jennie was also a part of the spin-off series of the show 2008's 90210, and 2019 FOX reboot BH90210. The series also starred Ian Ziering, Luke Perry, Brian Austin Green, Tori Spelling, Jason Priestley and Joe E. Tata in the lead. It was a story about a group of friends living in Beverly Hills, California who make their way through life from their school days into adulthood together.