Jensen Ackles Works Out For The Boys S3, Wonders If He's 'too Old' To Be One Of The Supes 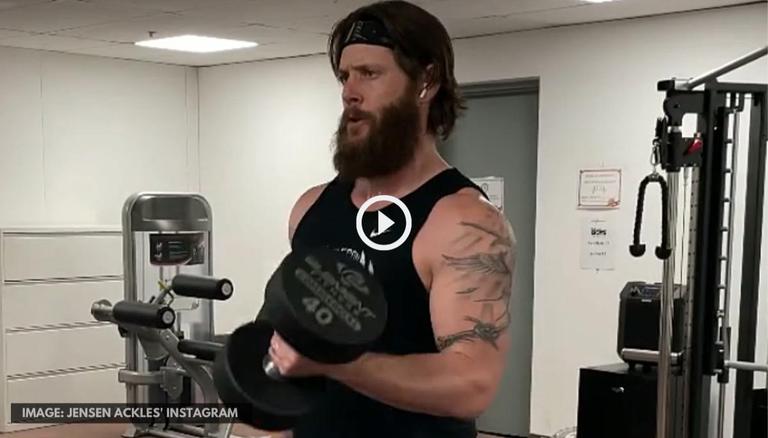 
Supernatural alum Jensen Ackles was roped in to star in the third season of the Amazon Prime Video series, The Boys, last year in August. Now, the two-time People's Choice Award-winning actor made jaws drop with his buff physique as he gave fans a peek into his preparation to essay the role of "Soldier Boy" in the upcoming season of this Eric Kripke-developed series. On Thursday, Jensen took to his Instagram handle to share his workout video with everyone and expressed "beginning to understand the struggle" of Arrow's Stephen Amell, The Flash's Grant Gustin and "other Supes out there".

Jensen Ackles in The Boys season 3 is all set to play the role of Payback's elected leader, Soldier Boy, and the actor has been prepping in full swing to play a Supe in this superhero sci-fi thriller series. However, the My Bloody Valentine 3D actor recently wondered whether he is "too old" to be one among the Supes as he shared a video clip of his strenuous workout on Instagram. Yesterday, i.e. June 3, 2021, Jensen explained that he has begun to "understand the struggle" of other supes and the work that goes behind into playing one as he ground hard at the gym.

In the video posted by him, he flaunted his hunky biceps in a printed black tank top over multicolour printed shorts as he lifted some heavy weights while performing reps of the alternating incline dumbbell curl. He also sported a rugged look comprising long unkempt hair and a full-grown beard. Posting the video on Instagram, Jensen wrote, "Okay @stephenamell, @grantgust and all you other Supes out there...I’m beginning to understand the struggle. Or maybe I’m just too old for this crap. @theboystv @amazonprimevideo #soldierboy".

Soon after The Boys season 3 cast member's video surfaced on the internet, it was quick to go viral and garnered heaps of praise by netizens as well as his celebrity pals. While the NCIS: Los Angeles star Eric Christian Olsen commented, "I'm putting this on repeat and upping the weight on my supinating curls", Judging Amy's Timothy Omundson wrote, "you’re still a beast!, and not just because of all that fur". Take a look at some more reactions: 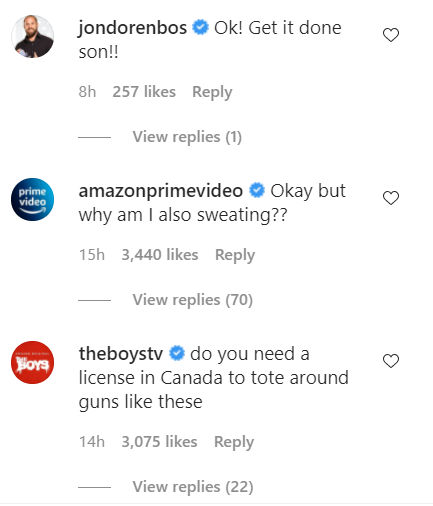 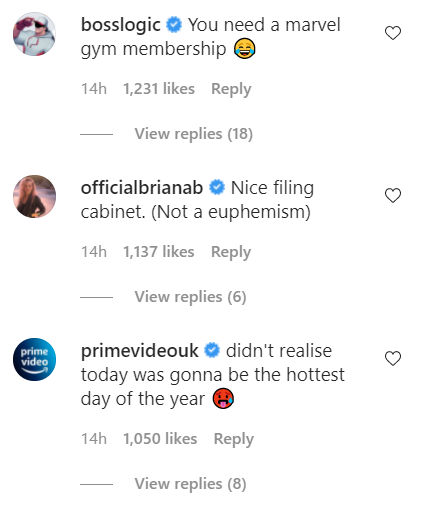