Recently, Julie Benz breaks down her role upcoming film Secrets of a Gold Digger and stated that Dexter revival doesn’t need her role. Read ahead to know more. 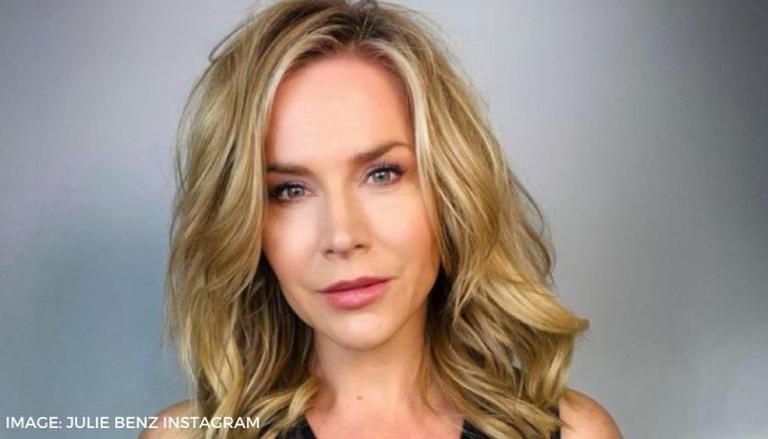 
The Trinity Killer murdered Rita Bennett on Dexter 11 years ago, but some fans still associate Julie Benz with the character, despite the other roles she has played since then. Recently, Julie Benz opened up about her role as a Gold Digger Killer in the upcoming film Secrets of a Gold Digger Killer and stated that Dexter revival doesn’t need her role but she would be ready to be back on the show if the makers asked.

Speaking to TV Line, the actor said that people on social media who fell in love with her character of Rita, approach her like she is Rita. “And I have to say, ‘Oh no! I’m not that nice,” she added. Fans might change their perception when they see Julie’s character as Celeste Beard, a manipulative and parasitic woman who married her husband for money before orchestrating his death in Secrets of a Gold Digger Killer. Her husband showers her with cars, jewellery and designer clothes but Celeste tries to convince a fellow patient at a mental health facility to kill her husband for the money.

The Dexter revival is slated to release in the fall of 2021, though an exact release date is not known. Speaking of the same, Benz feels that it is wonderful that her former Dexter costar Michael C. Hall is reprising his lead role in a new revival, even if the show picks back up without her. She thinks that Dexter has moved way past Rita. It doesn’t make sense for Rita to be on his mind as a ghost because she was only his cover. “He didn’t internalize her, so there are no plans for Rita to show up. I would obviously do it in a heartbeat if they asked,” she added. But she has always said that Rita shouldn’t make an appearance in his head because she didn’t know the real him. Julie said, “She (Rita) didn’t know the Dark Passenger.”

Dexter is a crime drama mystery television series that revolves around a forensic technician specializing in bloodstain pattern analysis for the fictional Miami Metro Police Department. He also leads a secret parallel life as a vigilante serial killer who hunts down the murderers who have slipped through the cracks of the justice system. Julie Benz appeared on the show from seasons 1 to 5. The IMDB rating of the show is 8.6 out of 10.