Korean drama 'Squid Game' won hearts when it was recently released on Netflix and the show, along with its cast has won several awards for its stellar work. 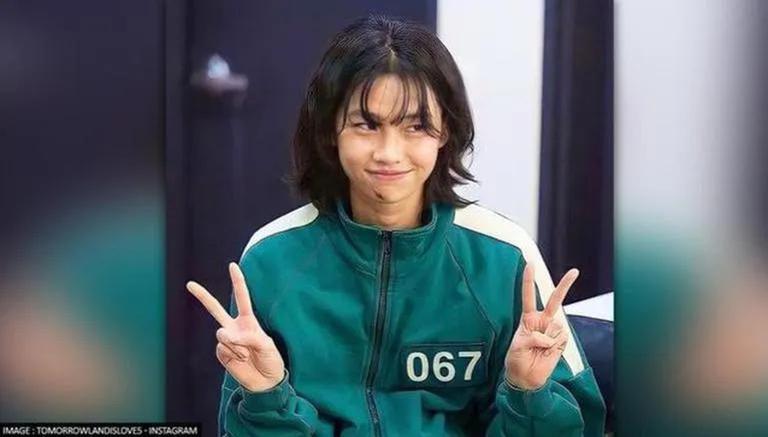 
Korean drama Squid Game won hearts when it was recently released on Netflix and the show, along with its cast has won several awards for its stellar work. Jung Ho-yeon, who took on the role of Kang Sae-byeok in the hit survival drama recently opened up about how she reacted to the film's success as she appeared on The Hollywood Reporter's round table. The actor gained a massive fan following after her powerful and iconic role in the film.

The actor got emotional as she opened up about Squid Game's success and teared up during the conversation. She recalled that she first sent a message to the director of the show, Hwang Dong-hyuk and apologised to him before she thanked him for casting her in the show.

She mentioned that the success of the show came as a surprise for her, and she was trying to prepare herself for bad reactions from viewers ahead of the show's release. She said, "The first message after I watched Squid Game was to director Hwang. I wrote, 'I am so sorry, and thank you so much for casting me.' I'm going to cry, it was so stressful. I was kind of trying to prepare for bad reactions. But maybe it was better than I thought." The actor then spoke about how she would react to her work in future projects after the success of Squid Game and said that the positive reaction to the show has given her more confidence in her acting career.

Jung Ho-yeon recently won a SAG Award for Outstanding Performance by a Female Actor in a Drama Series for her role as Kang Sae-byeok in the hit Netflix show. She got emotional as she walked u on stage to give her acceptance speech. She thanked her team from the show and said, "First of all, thank you so much. I have seen many of the actors in the audience through the TV screen, dreaming of becoming an actress one day while watching you all. Thank you for making my dream and opening the door for me. I love you my ‘Squid Game’ crew!"

WE RECOMMEND
Netflix launches new Mystery Box: What is it, how to use? All details here
Stranger Things 4 Twitter Review: Fans give their verdict on Netflix series' new episodes
Netflix could add live streams to its app; platform is exploring feature actively
Airtel launches two new broadband plans with subscription to Netflix; details inside
'SuperNature': Ricky Gervais defends his new Netflix special after uproar over trans jokes