'Keeping Up With The Kardashians’ Series Finale: Kardashians Bid Their Farewell To Fans

Kim Kardashian's family is finally saying goodbye to their historic reality TV run with 20 seasons of 'Keeping Up With the Kardashians' and 12 spin-off series. 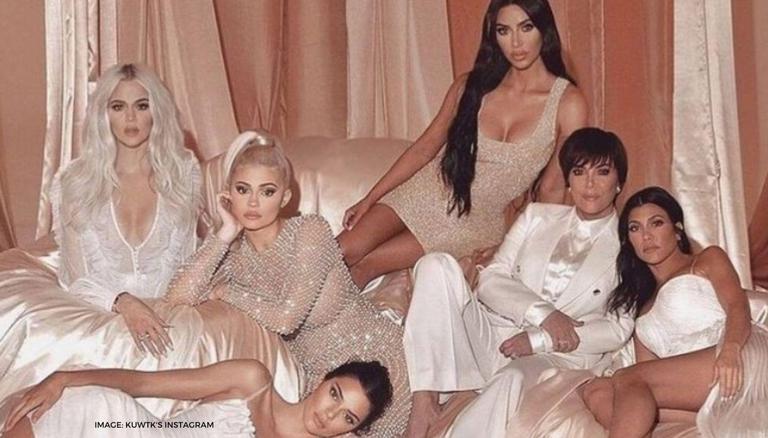 Keeping Up With the Kardashians series aired its first episode on Oct. 14, 2007, and has ever since followed Kim Kardashian and her A-list family through their lives. The show featured the family which includes Kim’s mom Kris Jenner, siblings Kourtney, Khloe and Rob Kardashian and Kendall and Kylie Jenner, and their growing broods. The reality show captured the individuals’ journeys through business ventures, romantic entanglements and more. KUWTK also spawned 12 spinoff series featuring the members of the family.

Kim had first announced that the show would end with season 20 last September. However, the family will come together on-screen on July 17 for the KUWTK Reunion Special. Now, that show is finally over, Kim Kardashian's family is on with their lives and have said their goodbyes with emotional messages. The family also marked the end of the show with a time capsule buried at Kim’s Calabasas home, in which each family member put one item to remember the Keeping Up With the Kardashians finale.

READ | Keeping up with the Kardashians: Family goes on one last trip before KUWTK ends

Kim put her first fragrance, called “Dashing,” in the capsule. Speaking to the fans, Kim said that she has spent the last 15 years with most of the production staff and has grown very intimate with them. She revealed that the years have passed very quickly for her as she recalled how much she has evolved from the self-described “princess” of the first seasons of KUTWK. She said that it was the best decade of her life.

READ | 'Keeping Up With The Kardashians': Family celebrates on the last day of filming

Khloe’s contribution to the time capsule was the keys to the sisters’ DASH boutique. Speaking about the capsule, Khloe said that she felt like it was a beautiful tribute to say goodbye to ‘Keeping Up.’ She said that she had shared all her crazy events with fans. She revealed that she received a lot of life lessons and kept growing through the show.

READ | Keeping Up with the Kardashians Reunion: Kourtney opens up about her breakup with Scott

Placing a T-shirt from her Smooch Children’s Boutique to the time capsule, she revealed that the capsule is like a reminder of where the family started, before skyrocketing to fame. She revealed she was grateful to the fans. She went on to say that she was happy that they had such an amazing life thanks to the show.

READ | 'Keeping up with the Kardashians' finale leaves fans weeping; 'End of an Era' say netizens

Kendall arguably made the most emotional addition to the capsule as she added a painting of the family’s old house. She admitted that this was the pinnacle of her growth. She revealed that the show was a consistent part of her life, even though she wasn’t the biggest part of it.

READ | Keeping Up With The Kardashians finale: Kim longs for happiness while Kris gets sad

Kendall’s sister Kylie placed the first three lip kits she ever launched as she kick-started her beauty empire in 2015. She went on to say that she would have been so big if it weren’t for the lip kits. Saying her goodbye to the fans, she said that she’ll miss the cameras and had loved every moment of the show.