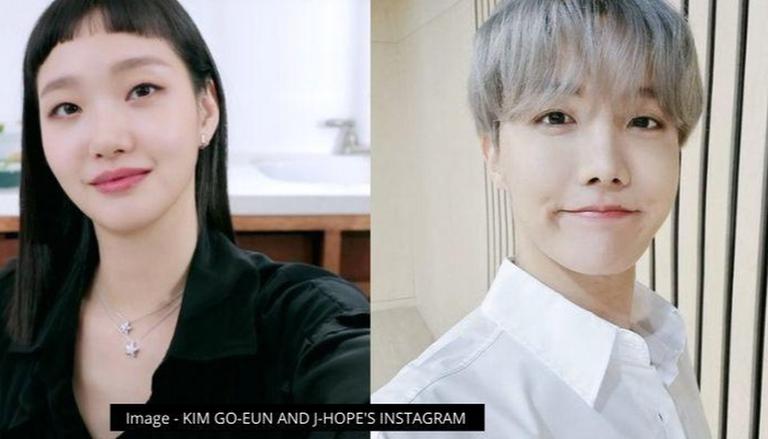 
May 5 is celebrated as Children's Day in Korea. On this day, several Korean celebrities have extended financial help to orphanages and child welfare institutions to help them battle the ongoing COVID-19 pandemic crisis. Korean pop band BTS' J-Hope and Goblin's Kim Go-Eun, too, have donated money to various children's charitable institutions.

According to a report by Pinkvilla, J-Hope has contributed a sum of 100 Million Won to a charitable organisation called ChildFund Korea. The money will be used to secure the future of children residing in Tanzania who have been exposed to violence and abuse. Kim Go-Eun, too, made a contribution of 100 million Won to Good Neighbours. This money is going to be used to provide financially underprivileged families with masks. South Korean singer Bae Suzy contributed 100 million Won to the Happy Sharing Taekwondo Federation. This sum is going to be used for the betterment of the children and young people who can't be taken care of in institutions.

J-Hope's sister Jung Jiwoo, who is a fashion influencer and YouTuber tied the knot in a private ceremony on May 5, 2021, with only close friends and family in attendance. But she has not yet revealed her partner's name and has preferred to keep it private. But as soon as Jung's wedding pictures started surfacing on social media, her fans and followers requested others to protect her privacy and to let her enjoy her moment. Many of her fans also congratulated her on her big day. See their tweets and reactions below.

READ | Rupal Patel talks about her favorite onscreen mothers, reveals which role she would play

According to reports that on this day, Jung Dawon, also known as BTS member j-hope's older sister, held a private wedding ceremony. Pls respect jiwoo and hobi privacy ,delete and stop spreading the photo. Let's just wish her congratulations and not post anything!!! 💜 pic.twitter.com/96o1qn6w6V

I know we all want to see J-hope's sister wedding but please gave them some privacy. Hoseok's sister ( Jiwoo ) held a private wedding and he also said on her bio on ig that she want some privacy. So please wait for the photos that they will upload as much as possible.

before you spread the photos pls remember it is a private wedding respect their privacy (we also already knew hoseok was blonde) pic.twitter.com/pX90VmzFNY

The 29-year-old actor and singer made her debut with the 2012 movie A Muse. She then went on to star in the popular television series Cheese in the Trap, Guardian: The Lonely and Great God, and Sunset in My Hometown. She was last seen in the romantic fantasy drama series titled The King: Eternal Monarch. It starred other popular Korean stars Lee Min-ho, Kim Go-eun, Woo Do-hwan, Kim Kyung-nam, Jung Eun-chae and Lee Jung-jin. The show premiered on Netflix on April 17, 2021. She was also nominated for the SBS Drama Awards in the Top Excellence Award, Actress in a Miniseries Fantasy/Romance Drama category.

READ | Who is Naomi Sharon's fiance? Know everything about her partner of 8 years

READ | Abhishek Banerjee reveals how 'Paatal Lok' "broke" his fear of getting typecast
READ | Rupal Patel asked to choose between Shaheer and Nazim, calls them 'lovable actors'
READ | What is Micky Dolenz's net worth? Know all about the vocalist and drummer of 'The Monkees'