Kirti Kulhari, in a recent interview, has revealed that her upcoming film Shaadistan talks about the social conditioning people are subjected to. 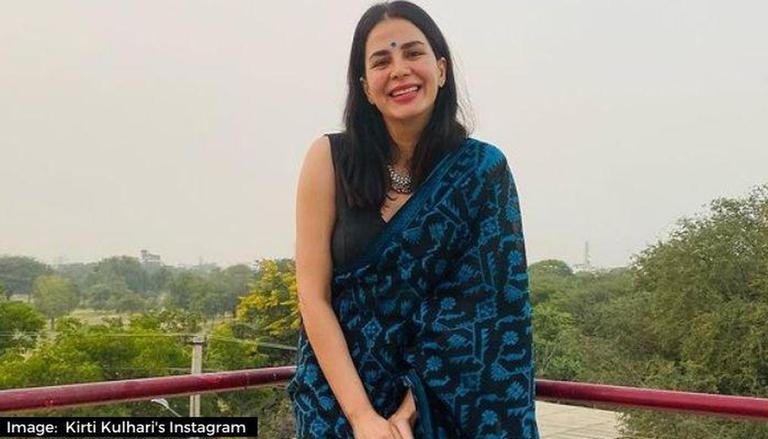 
Bollywood actor Kirti Kulhari is back with another social drama after her critically acclimated movie Pink. Her upcoming movie Shaadistan is set for a release and the movie’s trailer has made a lot of noise on social media. What has particularly caught the audience’s attention in the trailer is Kirti’s dialogue wherein she emphasises the importance of fighting for oneself. Recently, Kirti revealed that dialogue does not distinguish between tradition and modernity and rather it is simply about bringing a change.

Kirti Kulhari as Sasha in Shaadistan

In an interview with Firstpost, Kirti said that the society we live in works in a certain way and that all the people have been subjected to one or the other sort of conditioning. She went to explain that when people say that things work a certain way, it is also nothing but conditioning that tells people how to live their lives. Elaborating more on what her character meant by that particular dialogue in the trailer, Kirti said that her character wants others to get inspired. She further said that there are many people who do not have the ‘luxury’ to fight and her character, Sasha intends to tell that that life does get easier after somebody else has ‘fought for that freedom’.

The film revolves around a family who harbours a traditional mindset and wants to get their 18-year-old daughter, Arshi engaged against her wishes. But Arshi runs away from the house and they miss their flight to come to Mumbai because of it. They have to accommodate Sasha and her band in their bus who also on their way to Mumbai.

READ | Kirti Kulhari announces separation with husband Saahil Sehgal: 'Not on paper, but in life'

The trailer of this drama was dropped on June 4, 2021, and the audience is anticipating the film’s release. The trailer sees Arshi’s parents getting uncomfortable in Sasha’s bus as other bandmates often are drinking and smoking. Sasha also is heard saying in the trailer that a woman in this society is suppressed so much that she cannot even think of herself even she wants to.

Apart from Kirti, the movie’s cast includes Kay Kay Menon, Nivedita BhattacFharya, Medha Shankar and Rajan Modi among others. The movie is helmed by Raj Singh Choudhary.  It is produced under the Opticus Inc banner. The film will release on June 11, 2021, on Disney Plus Hotstar.