Marco took to his Instagram handle to extend an apology to his fans for denying rumours about dating MOMOLAND's Hyebin in an open chat. 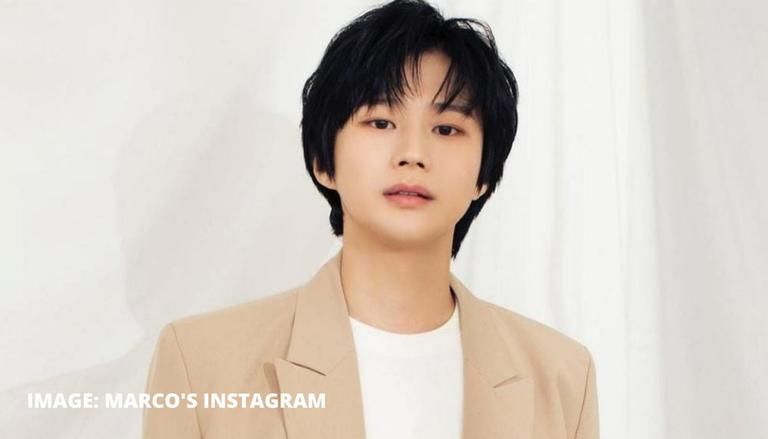 
K-pop fans were thrilled to know about MOMOLAND's Hyebin and Marco's relationship status. While Hyebin confirmed that the speculations about her and Marco dating were true, Marco earlier denied such rumours. However, as the news circulated across the internet, Marco apologised to his fans for lying earlier about his dating life.

Marco apologises to his fans for lying

The former member of HBY and UNB, Marco, participated in an open chat with his fans a day before the news broke. When asked about dating Hyebin, Marco denied all the rumours. As the news broke on May 17, 2021, Marco took to his Instagram handle to extend an apology to his fans. He shared a blank image as he penned a caption to apologise to his fans. He wrote in Korean which translates to, "This is Marco. Sorry for the concern to the fans. Yesterday, I was a big disappointment to those who have trusted and supported me in the open chat. It was my fault that I tried to reassure my fans with lies. In the fear that it might hurt many people, I was able to do activities with the trust and love of my fans. They turned away from the fact that a sincere attitude is natural."

He then apologised to his fans who were hurt by his lie. He wrote, "I am sorry for the fans who were hurt by the false explanation. I will not be able to get rid of the disappointment that I have already received. But, I will constantly reflect on it. I will try not to disappoint you again as I will not forget and reflect on the criticism you sent for my immature behaviour". In the end, Marco apologised again to his fans.

READ | How to vote for Kingdom MNET? Vote for your favourite KPOP band through these steps

Fans comforted Marco as he apologised for lying about his dating life. Some even wrote he should not apologise for dating as it is not a crime. One of his fans wrote, "Why are you apologizing Marco? Please don't, we are happy for you! Hope you two will stay together for a long time!❤️". 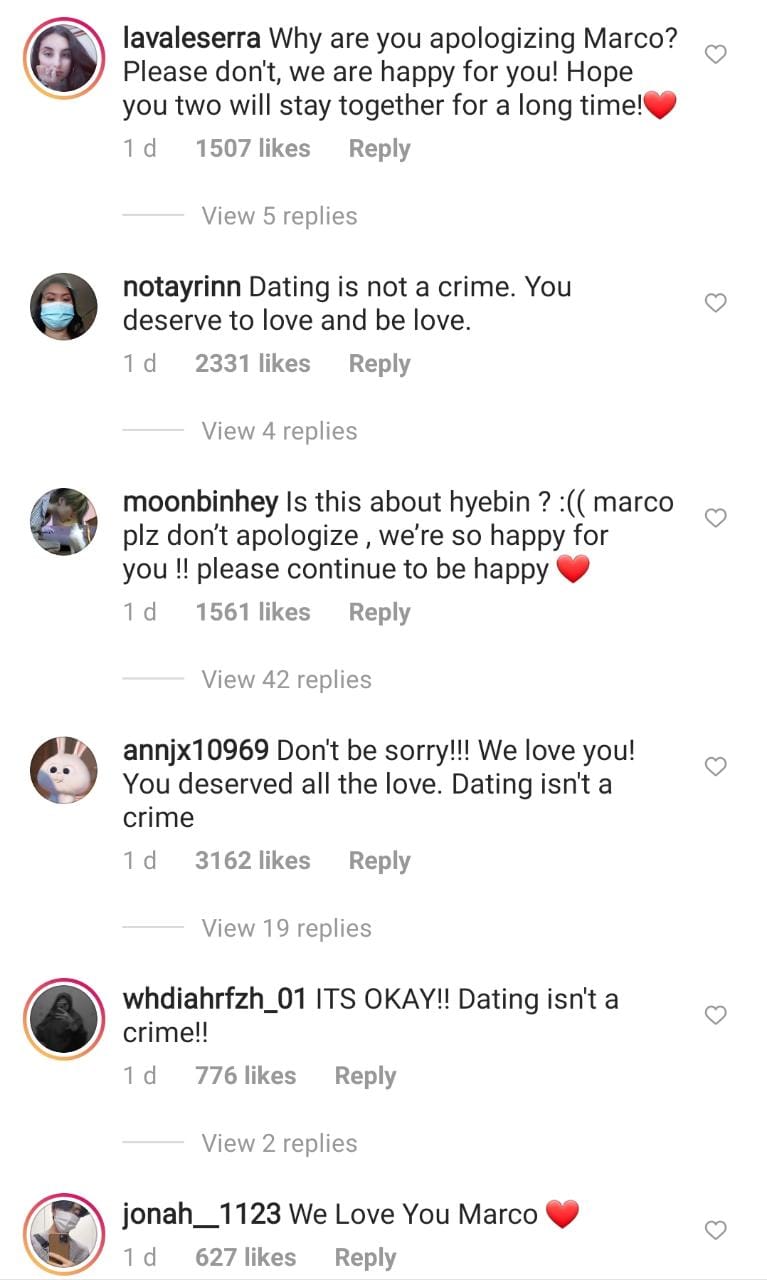