Lucifer actor Aimee Garcia took to her Twitter on May 25, 2021, and shared videos of DB Woodside ‘chair dancing’; take a look at it here. 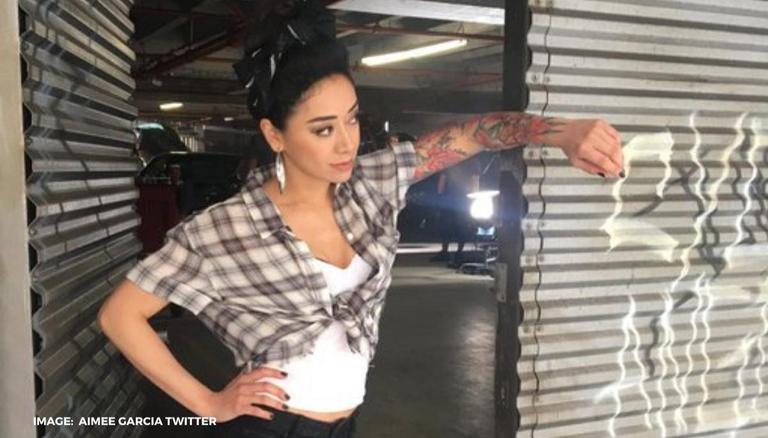 
The second part of Lucifer season 5 is all set to arrive on Netflix by Friday and fans are pumped to see it, since the trailer released. Alongside, the cast members are excited too and are sharing some fun BTS videos on their social media handles. In a recent tweet, Aimee Garcia shared videos of DB Woodside, showing off his "chair dancing" skills; read further and take a look at it.

The actor took to her Twitter on May 25, 2021, and shared the fun videos, which featured several other cast members in the background as they hooted and enjoyed Woodside’s moves. In her tweet, Garcia expressed that as the second part of season 5 drops soon, she is sharing some of her favourite BTS moments. She wrote, “Since @LuciferNetflix drops in FIVE DAYS!!! I’ll drop some of my fav BTS… starting w @dbwofficial “chair dancing” @netflix #Lucifer” and then followed it with a part two; take a look.

Since @LuciferNetflix drops in FIVE DAYS!!! I’ll drop some of my fav bts ...

The show is all set to release an eight-episode long second part to the fifth season of the series on May 28, 2021, on Netflix, worldwide. With an elaborate and intriguing trailer which released on April 30, 2021; the makers have got fans and avid watchers of the urban fantasy series, waiting for its release. The description of season 5B on YouTube reads, “Lucifer makes a tumultuous return to the land of the living in hopes of making things right with Chloe. A devil’s work is never done”.

The first part of season 5 also consisted of eight episodes and streamed on Netflix on August 21, 2020. The show is developed by Tom Kapinos and stars Tom Ellis in the titular role of Lucifer. Lauren German, Kevin Alejandro, D. B. Woodside, Lesley-Ann Brandt, Scarlett Estevez, Rachael Harris, Kevin Rankin and Tricia Helfer play other pivotal roles. The series was earlier set to end after the fifth season, however, it was later renewed for a sixth season which will have ten episodes and mark the end of the show.

READ | 'Lucifer's' DB Woodside teases a heartbreaking moment in season 5 Part B
READ | When is 'Lucifer' Season 5 Part 2 releasing in India? What are the timings for the same?