Lucifer Season 5 Part 2: Here's Everything You Need To Know About The Show

Lucifer Season 5 Part 2 is all set to premiere on Netflix. This new part of the show will focus on God's arrival on Earth as he sees his three sons in trouble. 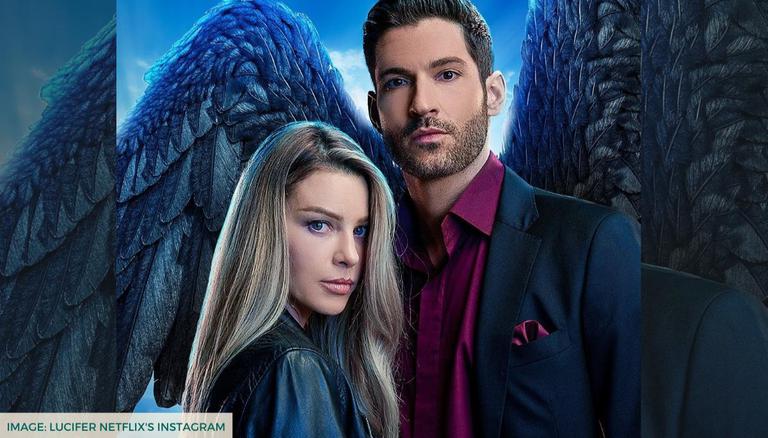 
Lucifer Season 5 Part 2 is finally here. The Netflix show has gained immense popularity since its first season and the fandom is just growing. Lucifer Season 5 Part 2 was something that fans have been desperately waiting for since God has finally marked his appearance on Earth. Moreover, Michael and Lucifer will battle it out and Chloe is stuck in the crossfire. Find out more details about this upcoming season part 2 below.

Lucifer Season 5 Part 2: All you need to know

Netflix’s release slate for 2021 is full of exciting new shows and new seasons of fan-favourite shows. One of the highly anticipated release of this year was Lucifer Season 5. Now Lucifer Season 5 Part 2 is finally set to release. The show will pick up right from where Part 1 ended. Lucifer Season 5 Par 1 ended with God arriving on Earth.

The reason he finally had to mark this arrival was that his three sons – Lucifer, Amenadiel, and Michael were busy fighting a demon. As mentioned earlier, Chloe is stuck in the crossfire between the three men. Soon it was also revealed that Chloe was always meant for Lucifer. Moreover, she was delivered on Earth by Amenadiel himself.

Talking about Lucifer Season 5 Part 2 release date, the latest part of the Netflix show will premiere on May 28, 2021 at 12:30 P.M. Season 5 is the second last installment of the show. At first it was reported the show was supposed to conclude with this season but now the show has been renewed for the sixth and final season.

Before being a huge streaming benefit for Netflix, Lucifer premiered on Fox in 2016. It ran for three seasons but soon it was cancelled. After being cancelled by Fox, Netflix picked up the show for streaming and after popular demand the show was renewed for a fourth season. This season brought in plenty of viewership and critical acclaim. Tom Ellis’ performance as Lucifer received immense appreciation.

READ | When is 'Lucifer' Season 5 Part 2 releasing in India? What are the timings for the same?

Talking about the Lucifer cast, most of the actors have been retained for part 2. Of course, Tom Ellis will once be playing Lucifer and Michael and Lauren Graham is once again returning as Chloe. Other cast members included D.B. Woodside, Lesley- Ann Brandt, Dennis Haysbert, Kevin Alejandro, Rachel Harris, and Scarlett Estevez. Watch the Lucifer Season 5 Part 2 trailer below.