Lucifer Season 5's musical episode received a huge help from Tom Ellis. Ellis ended up convincing the producers about a song by putting up a performance of it. 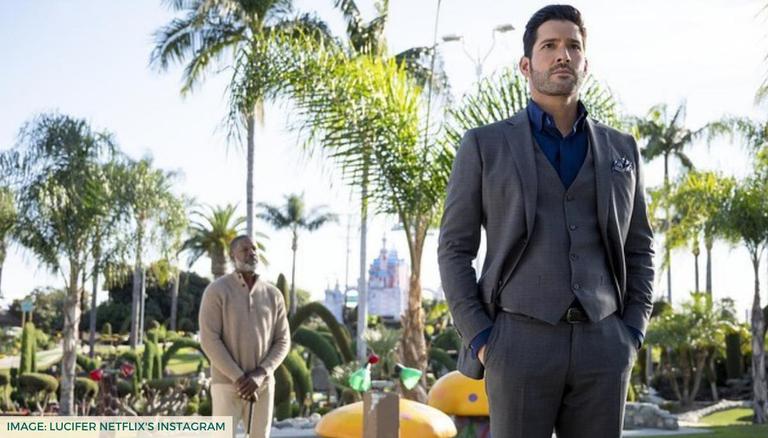 
Lucifer’s Tom Ellis rescued the showrunners from a very tricky situation. According to a recent interview, Lucifer showrunners wanted to use a part particular song, but they could not get permission for the same. Lucifer a.k.a. Tom Ellis came to the rescue and gave a new twist to a song from Les Misérables. Find out what happened next below.

In an interview with TheWrap, Lucifer producers and showrunners Ildy Modrovich and Joe Henderson spoke about the show’s musical episode from Lucifer Season 5 Part 2. They revealed that they wanted to use the Cat Stevens’ song Father and Son for the Lucifer musical episode. They wanted to use this song for the father-son duet between Lucifer and God. But Stevens’ team did not allow for the song to be used on the show.

Ildy Modrovich and Joe Henderson both revealed that they were disappointed by this. Hence, they chose to use the song I Dreamed A Dream from the hit musical, Les Misérables. But they were still not convinced about it, so Tom Ellis learnt the same song on the guitar and played it to Modrovich on a phone call. This little performance made the showrunners confident about their choice. Soon Ellis also sang the song on set with God a.k.a. Dennis Haysbert as they are the on-screen father-son duo. Lucifer described it as an “emotional” moment from the series for him.

In this interview, Tom Ellis also opened up about singing the song on the show during the Lucifer Musical episode. He revealed that music to him is a “shortcut to emotion”. He said that he and Dennis both sang the song with a certain emotion and the night they shot the scene they gave their all to it. Tom Ellis further revealed that he and Dennis were both just “sobbing” and “were a mess” during rehearsals of this scene.

READ | Lucifer season 5 part 2 release date and all the other relevant details to 5B: Find here

The Lucifer actor said that he and Dennis both are fathers in real life and have children of their own. Hence they both drew inspiration from their experiences. He added that he is now friends with Dennis and their friendship has a “paternal quality” to it. Talking about Lucifer Season 5 Part 2, God has finally descended on Earth, since his three sons are busy fighting a demon. The Part 2 of the show premiered today, May 28, 2021, at 12: 30 P.M IST.