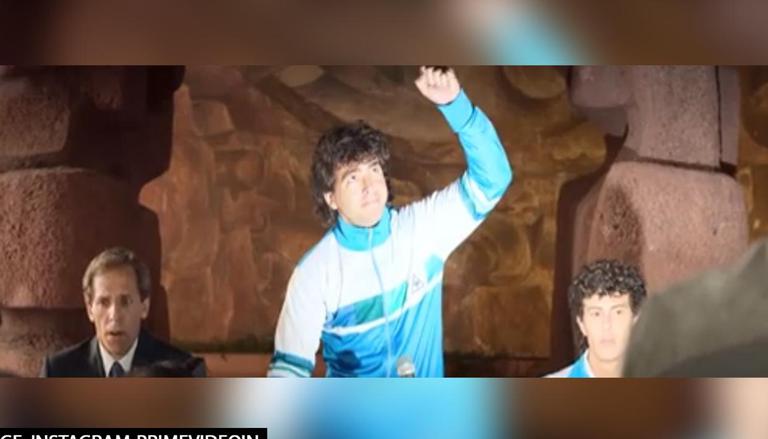 
Diego Armando Maradona is still known as one of the greatest professional football players. Maradona, who hailed from Argentina, was one of the two joint winners of the Fifa Player of the 20th century. Amazon Prime Video has come up with an exclusive 10 episodes series focusing on the life of Maradona. Maradona: Blessed Dream will also be available in five Indian languages. The streaming platform recently dropped the series' trailer.

The OTT giant Amazon Prime Video recently unveiled the official trailer of the upcoming series Maradona: Blessed Dream. The biopic series will follow the triumphs, challenges and controversies of the legendary football player, Maradona. The series' trailer gave some insights into the story. The show is expected to start from Maradona's humble beginnings in Argentina. It will gradually show the rise of his game-changing career through Barcelona and Napoli. It will also add his role in taking his team to the World Cup in Mexico in 1986. Sharing the trailer, Prime Video India wrote, "Maradona: Blessed Dream | Official Trailer "i'm alive and i want to keep living" - Diego Armando Maradona you knew the man on the field, now know the controversy behind the scenes. Maradona: Blessed Dream, new series."

The series will debut on the streaming service from October 29. It casts Juan Palomino, Nazareno Casero and Nicolas Goldschmidt portraying Maradona through different stages of his life. It also casts Pepe Monje, Julieta Cardinali, Laura Esquivel, Peter Lanzani, and Mercedes Moran in pivotal roles. Here is the episode release schedule of the upcoming series.

The series is set to release in India in five languages. Alongside English, the series will also be available in Hindi, Telugu, Tamil, Malayalam and Bengali. The series will be available in India on the OTT platform from October 29. The series is jointly releasing in 240 countries and territories across the world. Talking about the series' availability in multiple languages, Sushant Sreeram, Director, Marketing, Amazon Prime Video India said Maradona's story is inspiring, enjoyable and relatable for everyone. He added the series' availability in multiple languages will give a chance to Maradona's Indian fans to live his experience.