Modok cast includes Patton Oswalt, Aimee Garcia, Ben Schwartz, Melissa Fumero and others. Read ahead to know more about the cast of Modok. 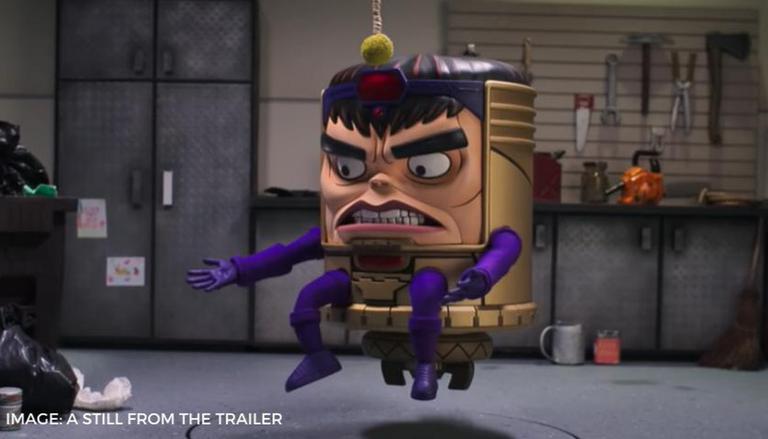 IMAGE: A STILL FROM THE MODOK TRAILER


M.O.D.O.K. is an adult animated stop motion streaming TV series created by Jordan Blum and Patton Oswalt based on the Marvel Comics character of the same name. The show was released on Hulu on May 21, 2021. Modok's voice cast includes Patton Oswalt, Aimee Garcia, Ben Schwartz, Melissa Fumero and others. Read ahead to know more about the cast of Modok.

The story of the show is about supervillain M.O.D.O.K who spends years gaining control of the world and battles superheroes along the way. However, after years of trying, he is removed from his company as it falls into bankruptcy. The company is sold to the rivalling GRUMBL and M.O.D.O.K begins to face a mid-life crisis. The IMDb rating of the show is 7.2 out of 10. Check out Modok's voice cast below.

A look at Modok cast members

Patton Oswalt in Modok voiced the lead role of a robotic engineered head who is obsessed with having control and conquering the world. He doesn’t like superheroes and his rivals, believing he should be superior to them. Later, he faces a mid-life crisis with his suburban New Jersey family. Apart from this, Patton is known for voicing in the film Ratatouille. He has appeared in films such as Man on the Moon, Zoolander, Blade: Trinity, All Roads Lead Home, A Very Harold & Kumar 3D Christmas, The Circle and more.

Aimee has voiced the role of Jodie, Modok’s wife who questions his role as the superior supervillain. She decides to pursue a new career to earn money and support her family before becoming a supervillain herself. Aimee is known for television roles in George Lopez, Vegas, Dexter and Lucifer.

READ | 'True Grit' cast: Details about the actors and their characters in the 1969 Western film

Ben voiced the role of Modok’s socially awkward 12-year-old son who was created in a lab. He is a lot different from the rest of his family and does not care about anything. Ben has appeared in films such as Peep World, Everybody's Fine, The Other Guys, The Walk, This Is Where I Leave You, Standing Up, Falling Down, Flora & Ulysses and more.

Melissa Fumero in Modok has voiced the character of Modok’s popular 17-year-old daughter who shares her father's appearance and is openly bisexual. She is very popular in high school and wants to gain her father’s approval as a supervillain. Melissa is known for roles in shows such as Brooklyn Nine-Nine and One Life to Live.

READ | 'Fame' cast: Check out the details about the actors of this musical-drama movie

Other characters of the show

(IMAGE: A STILL FROM THE MODOK TRAILER)