Ahead of the premiere of 'Money Heist', Netflix India has taken to their official Instagram handle and dropped the desi version of Bello Ciao 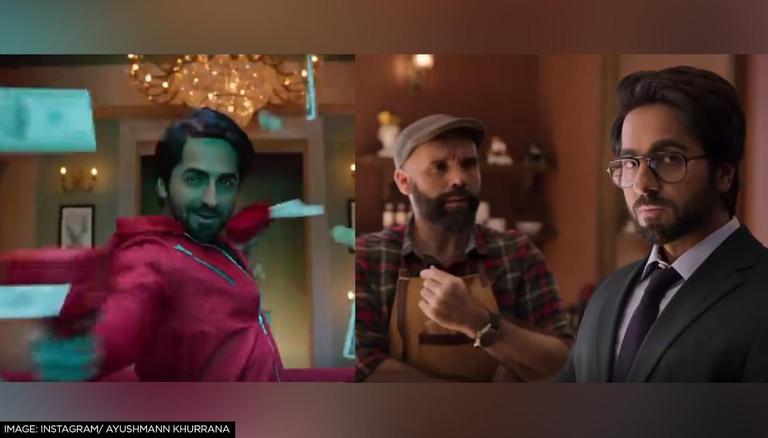 
Hit Spanish series, Money Heist is all set to premiere the second volume of its fifth and final season this week. Ahead of the premiere, online streaming giant Netflix India has taken to their official Instagram handle and dropped the desi version of the series popular song, Bella Ciao. The video features Bollywood actor and singer Ayushmann Khurrana, who can be seen playing the Professor.

Taking to the photo-sharing site, Ayushmann Khurrana reposted the video, where he can be seen essaying the Professor from the Spanish heist series. Inviting the series' fans, the video clip begins with Khurrana preparing for a red carpet event of Money Heist. He can be seen sitting at the piano, topless, and singing about how excited he is about the final season volume 2.

The Vicky Donor star can be seen singing in Hindi, "It's been laid out, the red carpet is waiting but I am only waiting for you. Bella ciao ciao ciao. The final season is almost here, your biggest fan says ciaooo."

Khurrana further can be seen getting a makeover. Once it's done, the actor emerges as the Professor. However, at the premiere launch, Khurrana decides to enter wearing their signature Salvador Dali mask and a red jumpsuit.

Earlier, while expressing his love for the La Casa De Papel (Spanish name of the series) and its growing popularity in a press note, Khurrana had said, "Over time, I've become a huge fan of Money Heist and it's rightfully found a prominent place in pop culture. Getting to work on this unique project has been special given my fondness for the series as well as The Professor. The characters give us an immersive experience and you feel completely invested in their journey throughout the series. While I’m super excited for the finale, it's definitely disappointing that this heist is coming to an end.

It was only recently, the show makers revealed the titles along with the posters of the new volume of the final season. Check out the titles of the remaining five episodes:

In the trailer of Part 5 Volume 2 of the series, Professor can be seen joining his team members at the Bank of Spain. Alicia, Professor's partner makes an escape, and the army breaks in. The one-minute 45 seconds clip showed Lisbon, Rio, Denver, Stockholm, and others are captured. The new season which also stars Itziar Ituno, Jaime Lorente, Miguel Herran, Asther Acebo, and Rodrigo de la Serna, will arrive on Netflix on December 3.